So, you’re ready to enter the world of AWS then. Or, maybe you’re already used to working with AWS and just want to spin up a quick environment to prove a point. Either way, let’s take a look at how to spin up an Apache Tomcat environment on AWS in around 15 minutes so you can get the ball rolling. This clearly isn’t going to be a full production-ready setup, but it will get you going on the right lines.

NOTE: Important note on the different versions of the Operating Systems when installing;

Step 2 – Configure the Firewall aka. the AWS Security Group

As part of the setup in Step 1 you will have setup a Security Group, likely a brand new one. So you need to configure this to ensure that you can access your application. Thankfully there are a few simple ports you need to open on the Inbound Interface;

Once you’ve configured the ports on the firewall you can continue to get everything setup as required.

Step 3 – SSH Into the Server to Configure Things

As part of your setup in Step 1 once your EC2 instance is up and running, it will have a publicly accessible hostname and IP address. One thing to note with EC2 instance is that every time you reboot them the hostname and IP address changes. This doesn’t particularly matter for the purpose of this blog post, but it is something you should be aware of if you’re looking for something more permanent. You can setup Static IP address (which are confusingly known as Elastic IPs in AWS terminology) so that you can configure everything you need from there.

As mentioned earlier, I’m going to assume you can SSH into the server successfully. If not, there is a Console option within the AWS Console interface which allows you to SSH into your new box which is quite handy.

The public hostname will look something along the lines of, http://ec2-{public-ip-address}.{aws-zone}.compute.amazonaws.com/

Once you’re SSH’d into your server, basically just run the following command which will install Apache Tomcat and all handy tools including the Tomcat Manager which allows you to upload your .war file via a handy interface so you don’t have to worry about copying the files over.

Now you’ve got Apache Tomcat installed, you need to make sure you can actually access the Tomcat Manager interface, so let’s get you an account created. Simply run the command below which will open the configuration file;

Then un-comment the line in the file which gives you a default admin/adminadmin username/password. Clearly you should make this more secure, but as mentioned, this isn’t a production ready system, we’re trying to do this in 15 minutes. Save the file and exit.

Next you need to configure Apache Tomcat to ensure you can access the Tomcat Manager easily to upload your .war files to the system. To do this, first you need to find out the IP address of your system. If you’re not on a static IP address from your device (i.e. home dynamic IP address, tethered from a mobile phone or in a coffee shop), then this step is only going to work for a very short period of time for you. Best bet – get yourself a Static IP address if you don’t have one already so you don’t have to keep messing with the configuration files every time you need to deploy your code. 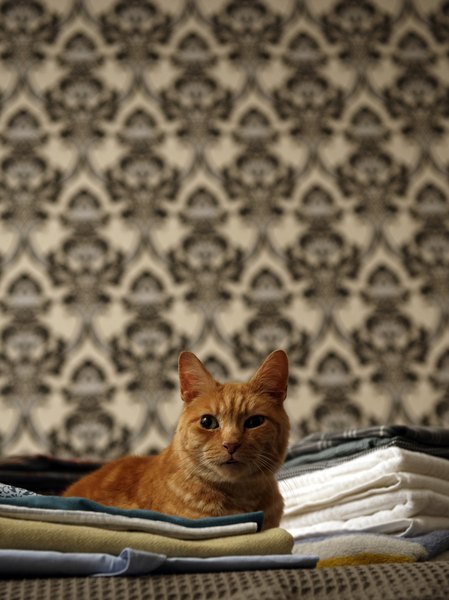 Then include your IP address within that file.

Then include your IP address within that file.

Note that your current static IP address will need to be in the format of 1.2.3.4. And if you want to whitelist multiple IP addresses, then you can separate them with the Pipe character .

Save and exit each file in turn.

Accessing the URL that you have in your AWS EC2 instance on the correct port should allow you to connect to the application manager;

Note, you’ll need to login with the username/password which you configured previously. Which as a default will be admin/adminadmin. Then from here you can simple manage the deployment of your application with ease.

Step 8 – Productionise the Above Setup

So we’ve flown through how to get an Apache Tomcat environment up and running for Java on AWS using EC2 and if you’ve followed the above steps, you should have had this done within 15 minutes. Some points you’re going to need to consider to get this into a production ready state include;

Hope the above guide has helped to get you up and running.

Founder & Managing Director at Contrado Digital Ltd
Michael founded Contrado Digital in 2013. He has experience working with national and multi-national brands in a wide range of industries, helping them achieve awesome results. Michael regularly speaks at local universities and industry events while keeping up with the latest trends in the digital industry.