Andrea Bocelli is known as a blind Italian opera singer and songwriter. 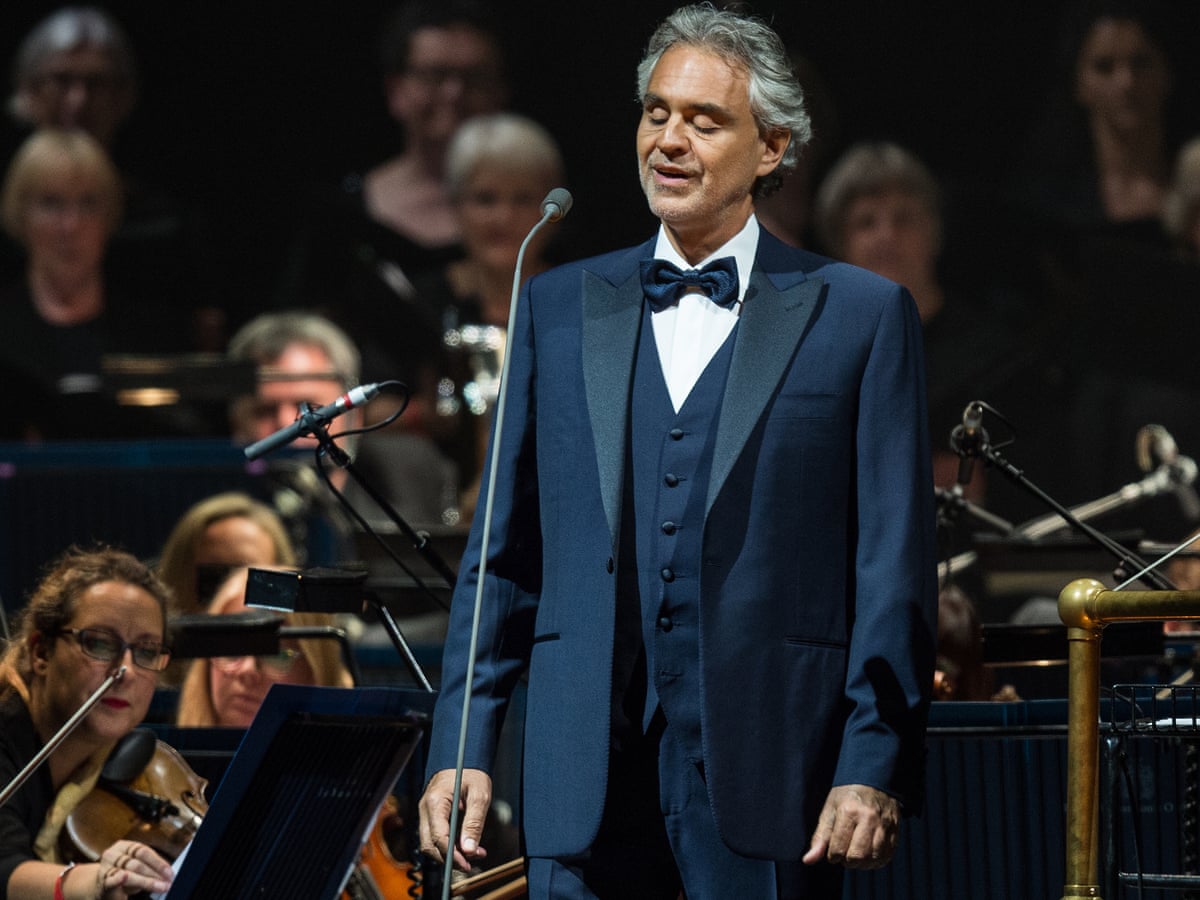 Andrea Bocelli was born on September 22, 1958 in the small town of Lajatico, Italy. Although born with sight, he was diagnosed with congenital glaucoma and ultimately lost his sight completely at age 12. During a soccer game, he was hit in the eye and suffered a brain hemorrhage that ultimately caused his complete blindness.

Although he was born to a family of farmers and winemakers, Bocelli was interested in music from a young age. He began piano lessons at age 6 and continued on to learn six other instruments including the flute, saxophone, trumpet, trombone, guitar, and percussion. Encouraged by his nanny, he began singing and by age 7 he could recognize most famous voices and started to emulate them. At age 14, Bocelli won his first singing competition by singing 'O sole mio' at the Margherita d'Oro in Viareggio. He later studied law at the University of Pisa but performed in piano bars during the evening to earn money. He finished law school and actually spent a year practicing as a court-appointed lawyer.

Bocelli met his first wife, Enrica Cenzatti, at a piano bar during the start of his career while finishing college and working as a law intern. They got married on June 27, 1992 and had two children named Amos (February 1995) and Matteo (October 1997). They were separated in 2002 but retain an amicable relationship.

Bocelli met Veronica Berti the same year of his divorce. She later gave birth to Bocelli's first daughter, Virginia, nearly ten years later on March 21 of 2012. The couple married exactly two years after their daughter's birth on March 21, 2014 at the Sanctuary of Montenero in Livorno, Italy. They currently live in Forte dei Marmi, while his other children continue to live in Versilia with their mother.

'She's been like a mother to my two boys', Bocelli states of his wife, Veronica, in a 2014 interview, 'and she has done a wonderful job of establishing a good relationship with my first wife, too.' 'We have never had a fight, but we have argued. In this life, we learn a lot from our mistakes and I certainly have learned from the mistakes in my first marriage. The second is working very well, indeed.'

Bocelli jokingly states 'I am a very lazy man, so, for me, the dream is to be at home on the chair with my family.' 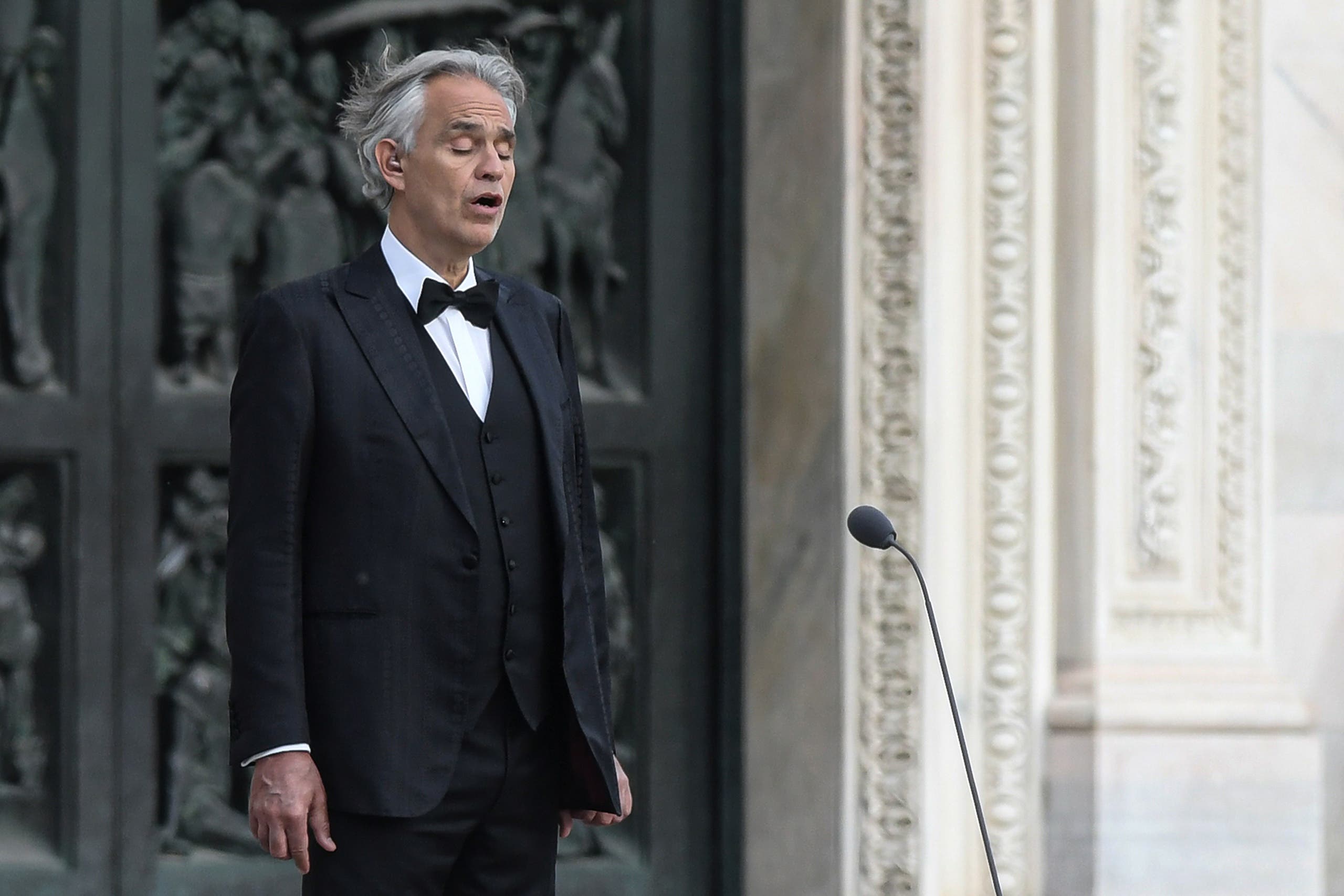 The writer and director of “Il Postino” turn their hands to the life of the world’s most popular tenor, Andrea Bocelli, in “The Music of Silence,” an old fashioned, corny film hagiography that may please the most ardent fans, who will be more tolerant of its lax pacing and high cheese content.

It’s based on Bocelli’s autobiographical “novel” of the same title, in which he tells his life story through that of Amos Parti, an alter ego who was also born blind, encouraged to love music and further encouraged to pursue it as a career until, Voila!, he is discovered and becomes famous.

The tale is loosely framed within Bocelli telling his life story, via email, backstage before a concert. That frame is more or less abandoned as the tale tediously unfolds, losing our interest long before its first truly magical moment. 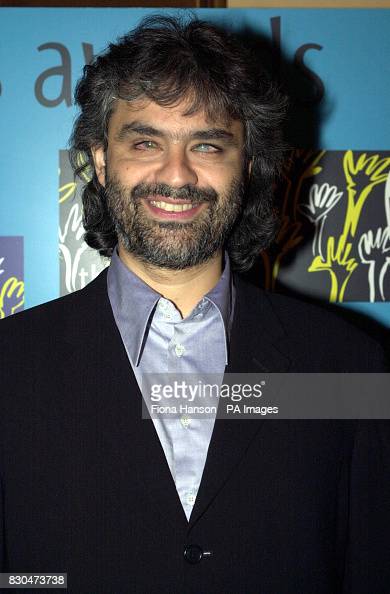 We see his overjoyed Tuscan tractor-salesman father (Jordi Molla) shout “A boy! A boy!” as he abandons a possible sale on hearing the news of Amos’s birth, the mother (Luisa Ranieri) who insists something’s wrong with this baby who will not stop crying.

The doctors suggest it’ll take “a miracle” to let little Amos see, and many operations later, he’s at least able to go to boarding school. A stint as goal keeper (he can see blurred shapes) gets him smacked in the head, and that’s that.

As he grows up, an indulged child (his brother seems to get short shrift), Amos asserts his will, that he will need “no help” (he does) to get through school and into law school, that he won’t accept the sorts of jobs people like him take in the Italy of the 1970s.

But an adoring uncle (Ennio Fantastichini) introduces him to opera, the late “genius” Beniamino Gigli, and the child shows an aptitude. He stands out in the school chorus, wins talent shows, doing Neapolitan favorites like “O Sole Mio” and singing “Ave Maria” at weddings. 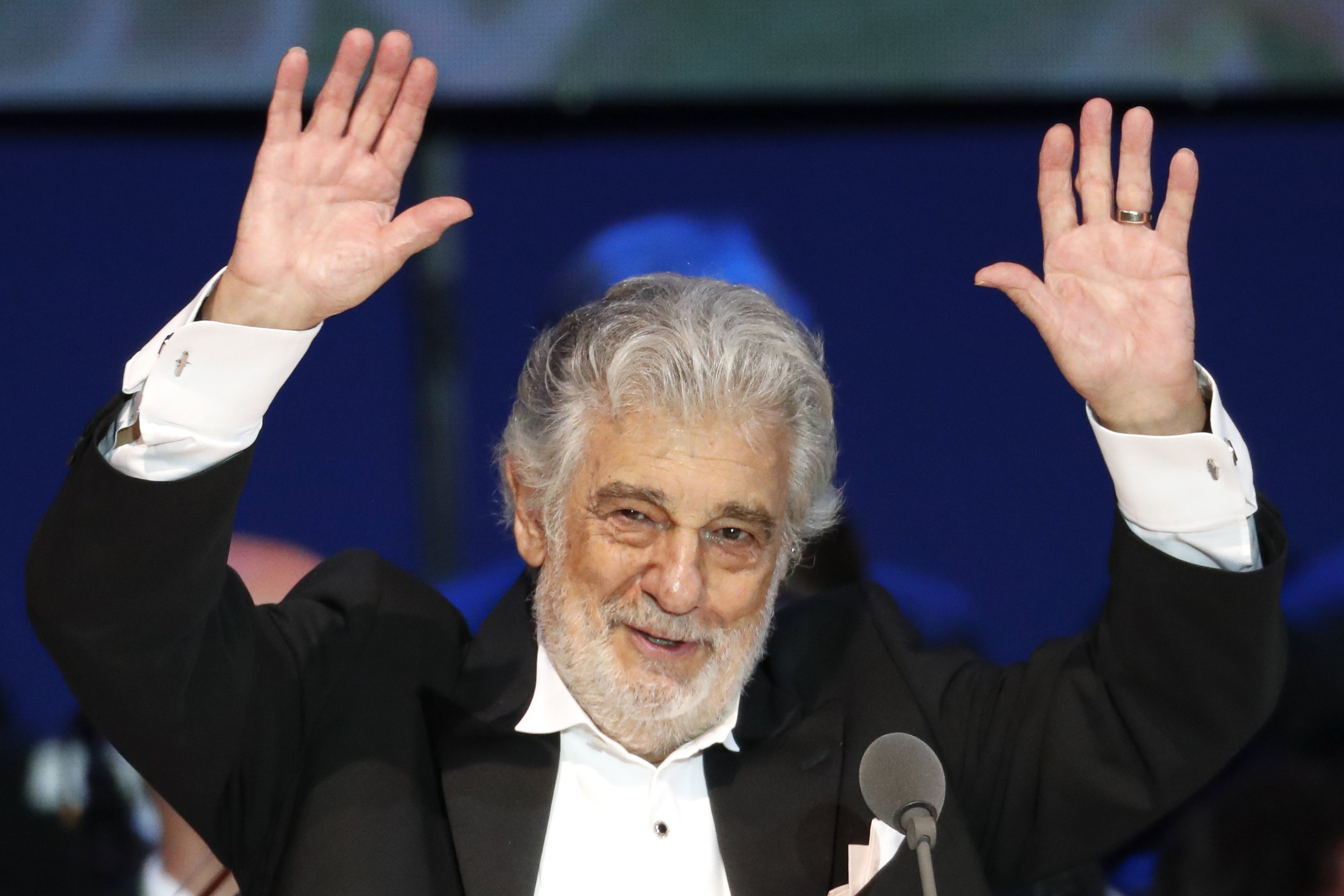 Every big break — the guitar-player who encourages him to co-write pop songs with him, the maestro (Antonio Banderas) who takes him on as a voice student — is highlighted.

“Do you have a girlfriend? Good. Maybe she can appreciate the boring and extremely difficult person you will become after my training.”

It’s that maestro who teaches the smoking, drinking, lounge-singing blind man to protect his voice and to appreciate “silence,” as if a 30something blind adult wouldn’t already know that. 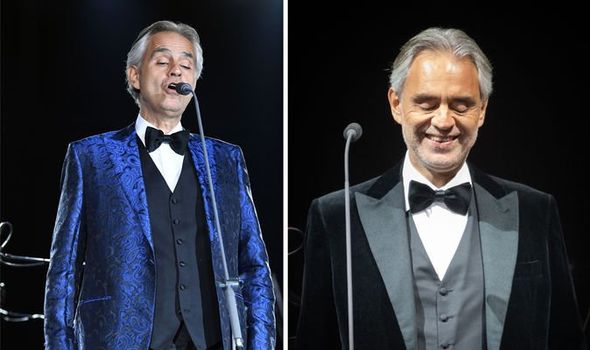 All along the way, beautiful women are smitten by Amos, including the one (Nadir Casselli) who supports him through his second roughest patch. That would be when fame is dangled in front of him, and snatched away. The tougher moments? When his voice changed and the boy soprano had no sense that he would ever come back from that.

Michael Radford cast mostly Italian actors for this Italian TV co-production, and the English language version has them (a few Spaniards tossed in) muscling through heavily-accented English. That should have paid off better, but it lends a comically overwrought tone to every cornball line, as if Father Guido Sarducci was the on-set voice coach.

The first moments that take one out of the movie are when we’re supposed to be enraptured by the boy’s voice, and truthfully, it’s nothing special. Frankly, I’d have tightened-shortened the whole childhood half of the film. As pretty as scenes of boys playing soccer in the snow with a can (Amos can hear it and track it to kick it) or the Tuscan scenery or sequences of Amos driving a Vespa (a friend helps steer) might be, they drag.

The first hair-raising bit of movie magic comes in a club called “Boccacio ’70” (after the Fellini/DeSica film based on “Decameron”), when the lounge-singing Amos (Tony Sebastian, handsome but bland) is joined, on stage, by an opera singer helping a friend celebrate her birthday. They launch into a lyric opera duet that sends chills.

The plummy, playful Banderas arrives in the third act, too late to lift the picture but not too late to liven up the perfunctory last steps Amos/Andrea takes up that ladder to fame.

Remember “Miserere?” That’s the operatic pop song that made Bocelli famous. Remember the 1950s bio-pic “The Great Caruso?” That, unfortunately, is the singer’s story model Radford hewed to when filming this. “Ray” would have been a better primer.

When Amos’s father apologizes, “I used to call you an idiot,” we wonder why that genuine conflict wasn’t in the film. The singer/auto-biographer doesn’t want to poor-mouth those close to him, and only half-heartedly finds villains in the producer who declares “You will NEVER be a singer!” and the opera critic who notes “Your voice lacks extension, power, color” to sing opera. Which critics say about the real Bocelli to this day.

Bocelli’s is a triumphant story, even if it isn’t as amazing when you realize how far a blind child from a family of wealth and culture can go with their support, and even if his popularity doesn’t convey the “greatest singer of his day” label his fans want him to wear.

“Music of Silence” can be forgiven all that, but not the generally bland performances and picturesque but dull way his story is told.

Credits:Directed by Antonio Banderas, script by Anna Pavignano and Michael Radford, based on Andrea Bocelli’s book. An Ampi release.