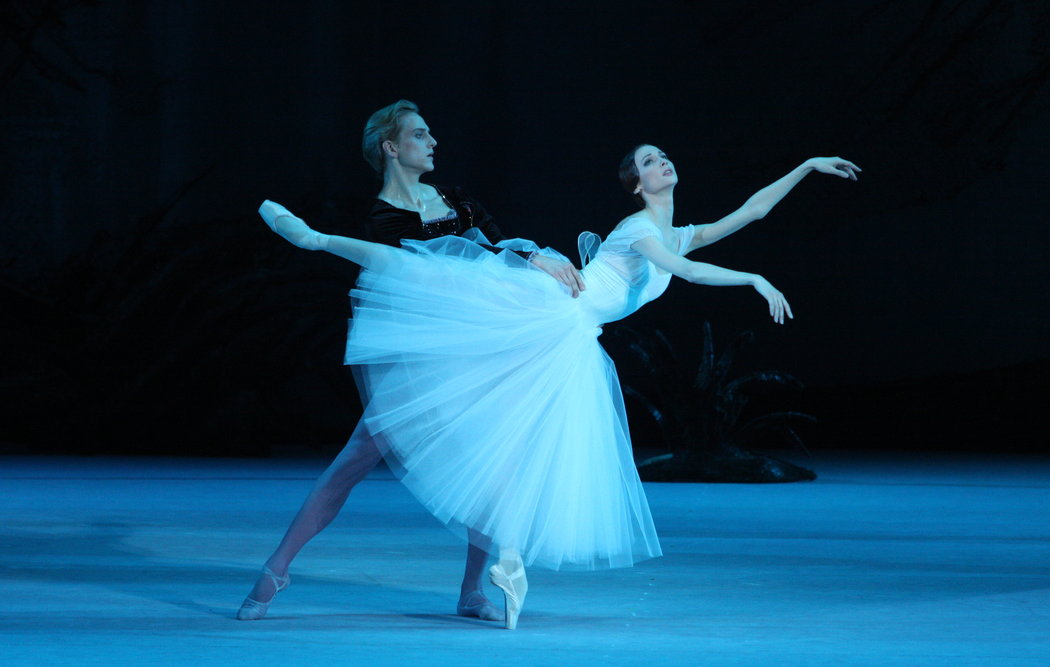 “Our season includes both new productions and works from our repertoire: in other words, certain works are billed time and again and become part of the Paris Opera’s heritage. An emblematic work like Giselle is obviously just such a work. This romantic ballet, first performed at the Paris Opera on 28th June 1841, has been revived many times in many different productions. In 1991, for its 150th anniversary, Patrice Bart readapted the choreography by Jean Coralli and Jules Perrot and the sets were redone by the Italian scenographer, Silvano Mattei, one of the greatest backcloth painters, using original designs by Alexandre Benois. If Giselle is still performed and appreciated today, it is largely thanks to the Paris Opera.

With the passing of time, many things have changed: first of all the type of sets used for operas and ballets. At the beginning of the last century and during the 19th century, most sets were painted canvas backcloths using trompe-l’oeil effectsand theatres were equipped to accommodate and stock them safely. At the Palais Garnier, for example, we have what we call “cuves à toiles” situated backstage. Beneath a trapdoor measuring the entire width of the stage, there is a large space in which the rolled up backcloths are stored. This allows us to get them out and install them very quickly: a couple of stagehands attach them to ropes and others fly them up to the level of the stage. Just as it does today, at that time the Opéra had several productions on the go at once and it was important to be able to change the scenery every day. During the sixties, we began to use solid scenery with an architectural structure, which meant fewer painted backcloths and more three-dimensional objects. Naturally, we have to stock these items differently, either in cases or containers, of which we have over a thousand.

If scenery storage has evolved, then so has transport. I suppose at the time, backcloths were transported rolled up because of the paint. The medium used in the paint was made from animal gelatine which cracked if the cloth was folded. That’s why it was better to roll the backcloths, so as not to damage them; they were transported on foot because few carts had the capacity to carry the backcloths, which measured over twenty metres in length. However, since the second half of the 20th century, painters have used vinyl or acrylic resins which adhere very well, even when diluted, and which are more flexible. This means we can fold our backcloths and store them in containers or on palettes in cases. Once they are hung on stage, the creases drop out. The evolution of ballet scenery is the combined result of various technical developments in artistic techniques, storage and finally transport. For more than a century, however, we have continued to use the old methods of storage for scenery like that for Giselle.

Giselle Christened “America’s National Ballet Company”® by an act of Congress in 2006, ABT has danced every season at the Kennedy Center since we opened our doors in 1971. An exciting new generation of ABT’s international stars now comes to D.C. For one of the world’s most cherished ballets; the company last performed it in our Opera. The prolific opera and ballet composer Adolphe Adam composed the music. Jean Coralli and Jules Perrot created the original choreography. The role of Giselle was intended for Carlotta Grisi as her debut piece for the Paris public, and she was the only ballerina to dance it at the Paris Opera for many years. Giselle Story Act 1 A medieval Rhineland village where villagers assemble to dance and celebrate the wine harvest. Hilarion, a besotted gamekeeper, hopes to catch a glimpse of the beautiful Giselle.