This week on the show, I'll be guiding you through the songs of one of the bluesiest and jazziest songwriters from the rich pantheon of the Great American Songbook: Harold Arlen. Arlen was the son of a Jewish cantor, and wished to be a singer himself. Instead, he penned some of the most beloved songs in American culture, like 'Stormy Weather,' 'Blues In The Night,' and perhaps his most cherished song, 'Over The Rainbow.' This hour, we'll hear his songs sung by Billie Holiday, Frank Sinatra and more. 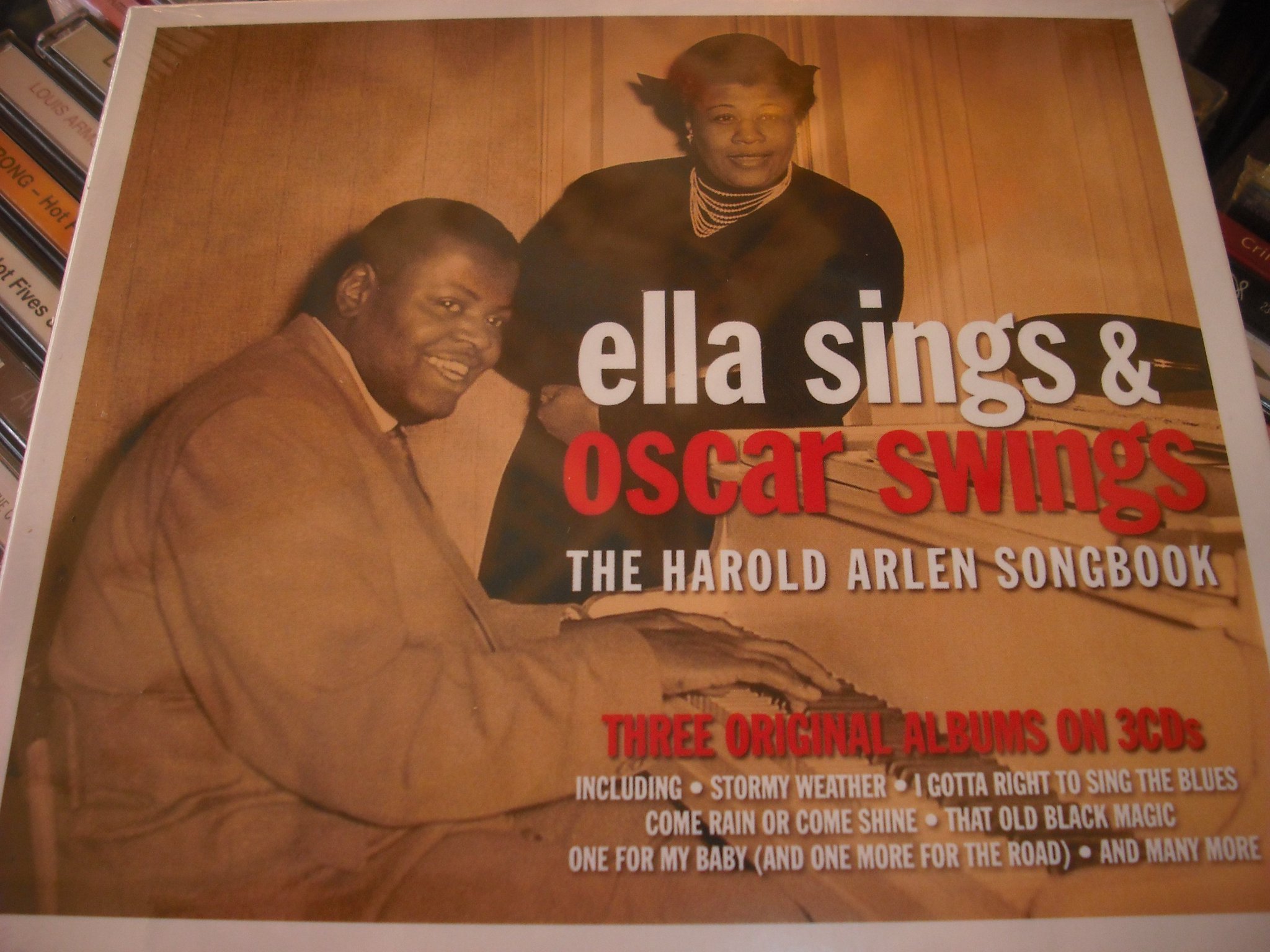 Harold Arlen was born in Buffalo, New York in 1905. As the son of Jewish cantor in a bustling city, Arlen was equally raised in Jewish music and African American music. His dream was to become a singer himself, and when he was a teenager, he and his group the Buffalodians had some success in Buffalo and later New York City. A singing career proved to be too difficult for Arlen, so he pursued songwriting and accompanying instead.

Arlen was a keen improviser, and one day in 1929 he was messing around with a little vamp during a rehearsal for a musical he was accompanying. The music director heard it, and encouraged him to work it into a song. He was paired up with a lyricist working in New York named Ted Koehler, and the two created Arlen's first hit, the song 'Get Happy.' For the next 5 years, Arlen and Koehler wrote a string of some of the most memorable songs from the Great American songbook, including 'Between the Devil and the Deep Blue Sea' and 'I've Got The World On A String.'

The Cotton Club to Hollywood Arlen and Koehler wrote most of their biggest hits for the Cotton Club, the famed all-white Harlem night club known for its annual musical revues. The biggest African-American performers of the day worked there, including Ethel Waters, Adelaide Hall, Duke Ellington, and Lena Horne. Songs like 'Stormy Weather,' 'Ill Wind,' 'I Gotta Right To Sing The Blues,' and 'As Long As I Live' all premiered at the Cotton Club in the early 1930s.

After Harold Arlen's string of successes with Ted Koehler at the Cotton Club, Arlen began to set his sights on Broadway and Hollywood. One of the first lyricists he worked with was E.Y. Harburg, better known as 'Yip' Harburg. Arlen and Harburg had a number of blockbusters throughout the late 1930s, writing popular songs like 'Last Night, When We Were Young.' But they first teamed up back in 1932 for a Broadway show called The Great Magoo. The breakout song from that show (which they co-wrote with Billy Rose) was originally titled 'If You Believe In Me,' but later went by the more popular title 'It's Only A Paper Moon.'

Soon, the songs of Arlen and Harburg were in demand, especially in Hollywood. Late in 1938, they were approached by MGM to write the songs for a new film called The Wizard of Oz, starring their teenage star Judy Garland. Arlen and Harburg quickly wrote songs like 'Ding Dong The Witch Is Dead' and 'We're Off To See The Wizard,' but their crown jewel was 'Over The Rainbow.' It's a complex song, with a large octave leap on the opening word 'somewhere,' which slowly steps down the scale, note by note. MGM thought it was a dud, but Arlen insisted. The song became an instant classic. It earned Arlen and Harburg an Academy Award, and was even named the greatest film song by the American Film Institute.

Harold Arlen's last great collaborator after Koehler and Harburg was lyricist Johnny Mercer. Mercer and Arlen worked together for much of the 1940s, and wrote such songs as 'Blues In The Night,' 'Come Rain Or Come Shine,''Ac-Cent-Tchu-Ate The Positive,' 'Any Place I Hang My Hat Is Home,' and 'My Shining Hour.' Both men were steeped in jazz and the blues, and they brought out the best in one another. Mercer's folksy lyrics jelled perfectly with Arlen's bluesy melodies, and Arlen pushed the boundaries of the standard 32-bar song with Mercer by his side.

Arlen called these wandering songs he wrote with Mercer 'tapeworms.' For instance, their song 'That Old Black Magic' is one of the longest songs from the Great American Songbook, at 72 bars in length. The song 'One For My Baby (And One More For The Road)' is not quite as long, only 48 bars, but Arlen includes an effortless key change in the middle.

Arlen's career as a songwriter petered out in the 1950s. He had a few more tricks up his sleeve, writing delightful melodies like 'A Sleepin' Bee' with lyricist Truman Capote or 'The Man That Got Away' with lyricist Ira Gershwin. But for the most part, Arlen was retired by 1960. Having achieved fame by the 1950s, he finally was able to do what he originally set out to do: sing. In the 1950s and 60s, he began to record his own songs on occasion. I close off this episode of the show of Arlen in 1955 performing his own song 'Hit The Road To Dreamland.'

Music Heard On This Episode