This obviously includes Oleg Bryjak, Maria Radner, her partner, and their child, and the countless others that were on that flight including the class of school children and their teacher, and the three generations of one family who were also on the flight. It is a chilling and horrible loss of life. Maria Radner, a prominent opera singer who had just finished a gig performing Richard Wagner's Siegfried in Barcelona, sat in row 19, along with her partner, Sascha Schenk, an insurance broker,.

Maria Radner was born in Düsseldorf, Germany and passed her studies with distinction.

She working with KS Marga Schiml in Karlsruhe and was scholarship holder of the Richard Wagner Association Bayreuth.

In the 2014/15 season she was expected for her debut at the Bayreuth Festival under Kirill Petrenko in Rheingold and Götterdämmerung. As Erda she can be heard at the Gran Teatre del Liceu in Siegfried, and as Anna at the Teatro Colon Buenos Aires in Les Troyens. At the Beethoven Festival Bonn she will interpret Mahler's third symphony.

Ms Radner, who performed all over the world including the Metropolitan Opera in New York and theatres in Milan and Buenos Aires, was on the crashed plane with her husband and baby. She had just finished performing in the Richard Wagner opera Siegfried at Barcelona’s Liceu.

According to the biography on her management company website, she studied music and had received a scholarship by the Richard Wagner Association, Bayreuth. While still a student she made her first public appearance under Zubin Mehta at Palau de les Arts in Valencia singing Martin y Soler's 'oratorio Philitaei a Jonatha disperse and a recital in June 2008.

In August 2008, she performed the title role of Haendel's Salomo at the Bregenzer Festspiele; she was praised in the local newspapers as 'outshining' the other, more established British soloists (Vorarlberger Nachrichten, August 19, 2008) and as possessing the 'rare pitch of a true alto, having an impressive charisma and great musicality' (Vorarlberger Neue Tageszeitung, 20 August 2008).

She participated in a then new production of Parsifal under Lorin Maazel in Valencia, and Arthur Honegger's Jeanne d'Arc au bûcher under the direction of Antonio Pappano at Accademia di Santa Cecilia, Roma. She sang the third norn in Mozart's Zauberflöte under Tomas Netopil at the Bayerische Staatsoper in Munich.

After graduating with distinction, she performed Schumann's Faust-scenes under Jesus Lopez-Cobos at the Teatro Real Madrid. She sang in Beethoven's Symphony No. 9 conducted by Gianandrea Noseda at the Teatro Regio Torino. Conductor Sir Simon Rattle won her for the roles of First Norn and Flosshilde in Götterdämmerung at the 2009 Festival d’Aix-en-Provence and again at the Salzburger Osterfestspiele in 2010. In 2009/10 she was part of a new production of Strawinsky's Rossignol by the Canadian Opera Company in Toronto. She then sang Beethoven's Missa Solemnis under Philippe Herreweghe at Concertgebouw Amsterdam, and in December 2009 returned for five performances of the Zauberflöte at the Bayerische Staatsoper München.

In 2010, she performed the role of Erda for the first time in a concert performance of Rheingold at the Opernhaus Leipzig, a role she was invited to perform every year until her death, per Operabase. then Mahler's Symphony No 2 under Antonio Pappano in Rome and Milano. In the summer of 2010 she was part of a new production of Elektra at her first summer Salzburger Festspiele under Daniele Gatti and 'Die Frau ohne Schatten, conducted by Christian Thielemann.

In 2011 she performed in 7 different operas, 4 of those in Salzburg: in March/April the third lady in Die Zauberflöte at the Scala, under Roland Böer; in April Rheingold's Erda in Essen conducted by Stefan Soltesz, in July and August at the Salzburger Festspiele as 'Eine Stimme von oben' and 'servants in Die Frau ohne Schatten under Christian Thielemann, in August the Martha in Iolanta, and 'death' in Le Rossignol both under Ivor Bolton; and lastly Siegfried's Erda in Leipzig under Ulf Schirmer.

In January 2012, Radner had her debut at the Metropolitan Opera in New York City in Götterdämmerung. In March 2012, she participated in Richard Strauss's Die Frau ohne Schatten at La Scala under Semyon Bychkov. In the fall of 2012, she was in London performing in three Wagner operas conducted by Pappano: the Erda in Siegfried and Rheingold during September and October, and the first norn in Götterdämmerung during October and November.

In January 2013, she played the Schwertleite in Die Walkure at the Teatro Comunale Florence, Italy under Zubin Mehta, and in March the Erda at the Grand Théâtre de Genève, conducted by Ingo Metzmacher.

In April 2014, she performed the role of Anna in the Berlioz opera Les Troyens. In May she played the Erda in Das Rheingold for the last time at the Grand Théâtre de Genève under Ingo Metzmacher.

Radner died on 24 March 2015 along with her colleague Oleg Bryzhak, her husband, and her infant child in the Germanwings Flight 9525 crash in France, during her return from performances of Richard Wagner's Siegfried at the Gran Teatre del Liceu in Barcelona. 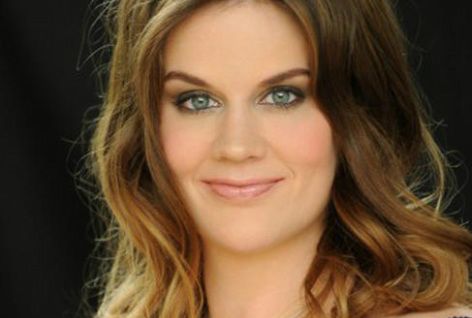 Germanwings Flight 9525 (4U9525/GWI18G) was a scheduled international passenger flight from Barcelona–El Prat Airport in Spain to Düsseldorf Airport in Germany, operated by Germanwings, a low-cost airline owned by Lufthansa. On 24 March 2015, the aircraft, an Airbus A320-200, crashed 100 kilometres (62 mi) northwest of Nice, in the French Alps, after a constant descent that began one minute after the last routine contact with air traffic control and shortly after the aircraft had reached its assigned cruise altitude. All 144 passengers and six crew members were killed.

In 2000 Radner completed her school education with the Abitur at the Archbishopric St. Ursula High School in Düsseldorf. After studying singing at the Musikhochschule Düsseldorf with Michaela Krämer , she was internationally successful as an alto . Her first opera role was Cornelia in Handel's Giulio Cesare in a production by Gregor Horres in January 2008 at Theater Hagen . At the Bregenz Festival in 2008 she sang the title role in Handel's Solomon in a British ensemble led by Sally Matthews and Andrew Kennedy .

She was best known for roles in Richard Wagner's cycle Der Ring des Nibelungen . In January 2012 she made her debut at the Metropolitan Opera in New York City in Götterdämmerung , in March 2012 she appeared in Richard Strauss ' Die Frau ohne Schatten at the Teatro alla Scala in Milan. She sang the role of the earth goddess Erda in Wagner's Ring des Nibelungen at the Grand Théâtre de Genève and at the Royal Opera House in Covent Garden under the direction of Antonio Pappano .

In a new production of Hector Berlioz ' Les Troyens , she sang the role of Anna at La Scala in Milan and in 2015 the same role at the Teatro Colón in Buenos Aires . Radner can be heard on sound carriers in the Gürzenich Orchestra 's recording of Gustav Mahler's Symphony No. 8 in E flat major as well as in a recording of Das Rheingold by the Rundfunk-Sinfonieorchester Berlin .

In her last appearance she was engaged for the role of Erda in Wagner's Siegfried at the Gran Teatre del Liceu in Barcelona . On the return flight from this engagement, Radner was killed on March 24, 2015 in the crash of Germanwings flight 9525 in the French Alps, along with her husband and her toddler. The family last lived in Wuppertal - Cronenberg .