During this extraordinary and difficult time, the Met hopes to brighten the lives of our audience members even while our stage is dark. Each day, a different encore presentation from the company’s Live in HD series is being made available for free streaming on the Met website, with each performance available for a period of 23 hours, from 7:30 p.m. EDT until 6:30 p.m. The following day.

The baritone looks uneasy but game as he prowls about a living room with a stunning view. Finally, with a grin, he launches into an aria from Don Giovanni, accompanied by an accordionist. The spontaneous performance is captured by a smartphone. 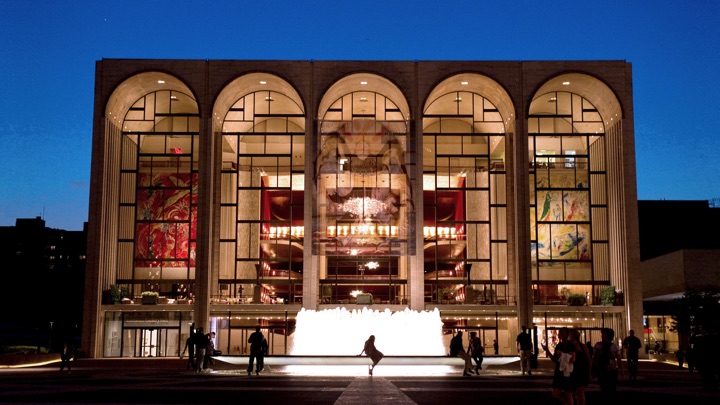 The procedure sounds commonplace, of course: every day thousands of performers amateur and professional stream or upload informal music videos. The difference here is that the singer is world-famous baritone Peter Mattei, and his aria is streaming to thousands of opera fans worldwide on the Metropolitan Opera’s website. 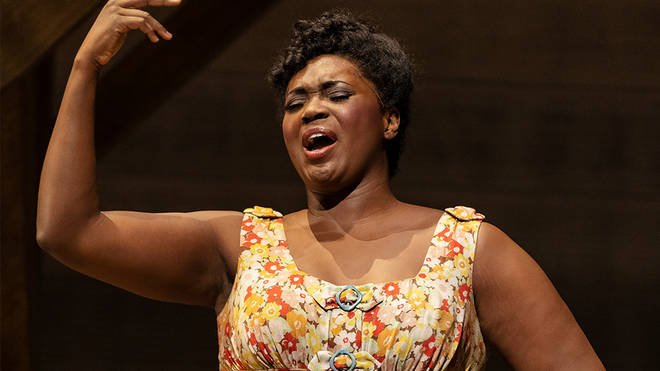 Mattei was the first of more than 40 soloists in a nearly four-hour “At-Home Gala” presented Saturday afternoon, with much of the cream of the Met’s roster offering familiar arias and scenes via voice conferencing apps from their living rooms, studios—and in one case, a kitchen. And it’s a pleasure to report that the relatively low-tech event—Mattei’s aria was transmitted via a cellular data plan—went off with only the tiniest of hitches.

The theme of the gala, stated repeatedly by the many performers, was “the voice must be heard.” So the event can be understood as an act of defiance against COVID-19 or, even more movingly, as an act of solidarity between artists and audience in the wake of the closing of the world’s major opera houses, including the Met.

But the proceedings only occasionally turned earnest. More often, the singers seemed almost giddy at the opportunity to put on a show. The tone was set in the second number, a duet from L’Elisir d’amore which the husband and wife team of tenor Roberto Alagna and soprano Aleksandra Kurzak transformed into a vaudevillian romp. For all their hammy carrying on (Alagna scampered up a library ladder to belt out a high note), the pair sounded vocally fresh and rested, a surprise silver lining to their enforced silence this past month.

In fact, hardly anyone involved was in anything less than top form, all while practicing various forms of social distancing. Tenor Jonas Kaufmann sang a melting aria from La Juive at the opposite end of a Munich practice room from pianist Helmut Deutsch, while soprano Erin Morley trilled La Fille du Régiment while playing her own more than creditable piano accompaniment.

Many of the artists sang to pre-recorded piano tracks provided by the Met’s musical staff. Perhaps the most charming was mezzo Elina Garanca, whose perfectly silken performance of the “Habanera” from Carmen finished with a comic touch: her iPod, apparently set on repeat, started playing again the aria’s sinuous vamp as if to provide an impromptu encore.

Also impressive were the risks taken, with singers attempting some of the most daunting arias in the repertoire. Soprano Angel Blue soared through the rapturous “Depuis le jour” with glamorous repose and the sunniest smile imaginable, and tenor Javier Camarena flung out a terrifyingly high-lying aria from Il Pirata with insouciant ease. (He took a moment to apologize to his next-door neighbors in Zurich for rattling their walls with his high D’s at 11:00 p.m.)

Closer to home, the Met’s music director Yannick Nézet-Séguin took a slightly more mediated approach, presenting the company’s sterling orchestra and chorus in selections from Nabucco and Lohengrin. For these big ensemble pieces, each instrumentalist or singer recorded their individual part, and then the many videos were edited together into a composite performance. Most moving was the exiles’ chorus from Nabucco, with that number’s sense of loneliness and isolation expressive of the artists’ enforced separation from their home company.

Nézet-Séguin’s closing remarks were upbeat: “Music and the arts cannot be silenced. We shall return.” But the final musical number of the afternoon, a Rachmaninoff song performed soulfully by soprano Anna Netrebko, suggested in its text a less optimistic view of opera’s future: “Do not sing to me your sad songs; they remind me of another life in a far-off land.”