Qemu 2.4.0.1 on Linux and OS X Hyper-V on Windows Server 2008r2, 2012 and Windows 10 (Only Generation 1 Hyper-V virtual machine is supported at the moment) Xen Project 4.6.5. Hi, when add one Mikrotik device, there is no problem, but when for example 2 to associate them with each other fails as I understand because of the same Mac addresses. UNetLab version: 1.0.0-12 QEMU version: 2.4.0. To change the Mac address on the interface Mikrotik fails. 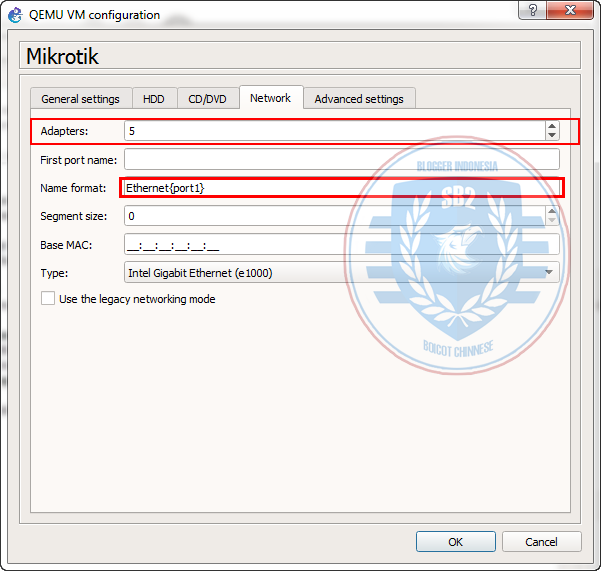 Note: It's a good idea to create a second test VM so you can refer to it's .conf file to make sure you get the syntax right

If you have access to ProxMox host then CHR VM can also be created quickly via BASH script. Below example of one such script.

What this script does: