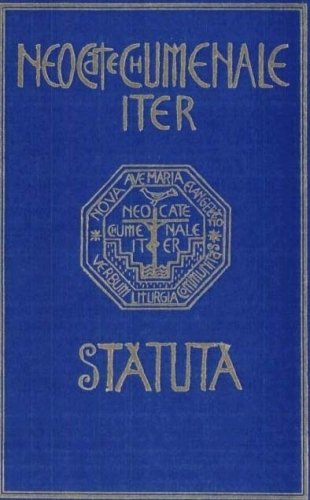 The establishment of magazine “Blagovest”

Dr. Janez – Ivan Gnidovec, a Lazarist from Slovenia, was appointed Bishop of Skopje in 1924. This diocese was without a shepherd for several years until his arrival. Namely, in the spirit of the so-called Serbian Concordat, the Archdiocese of Skopje was abolished in favor of Belgrade Archdiocese. According to this reform, Dr. Gnidovec became the first Bishop of Skopje, with residence in Prizren.

In addition to today’s Macedonia and Kosmet, the entire Sandžak and a part of Montenegro came under the new Diocese of Skopje. In addition to caring for old Catholic parishes in this vast area, it became necessary to take pastoral care of the people who were settled here by force of circumstance in the postwar years. There was a very small number of places of worship and lack of priests. We had to find some way to keep at least some connection between the parish centers and scattered believers. Then, bishop Gnidovec, along with a Skopje-based parish priest, Jesuit Franjo Jambreković, and his Provincial Father Prešeren concluded that a parish magazine should be established in Skopje as the link between the parish priest and believers abroad.

At the beginning of Lent 1928, the idea matured and it was decided that magazine had to be published by Easter. Preliminary work was completed just before the feast, which gave Father Buković, Jamberković’s assistant, an idea to name the magazine “Blagovest” (Annunciation). He also wrote an introductory article in which he explained the goal of magazine. The topic of that issue was the celebration of Easter. 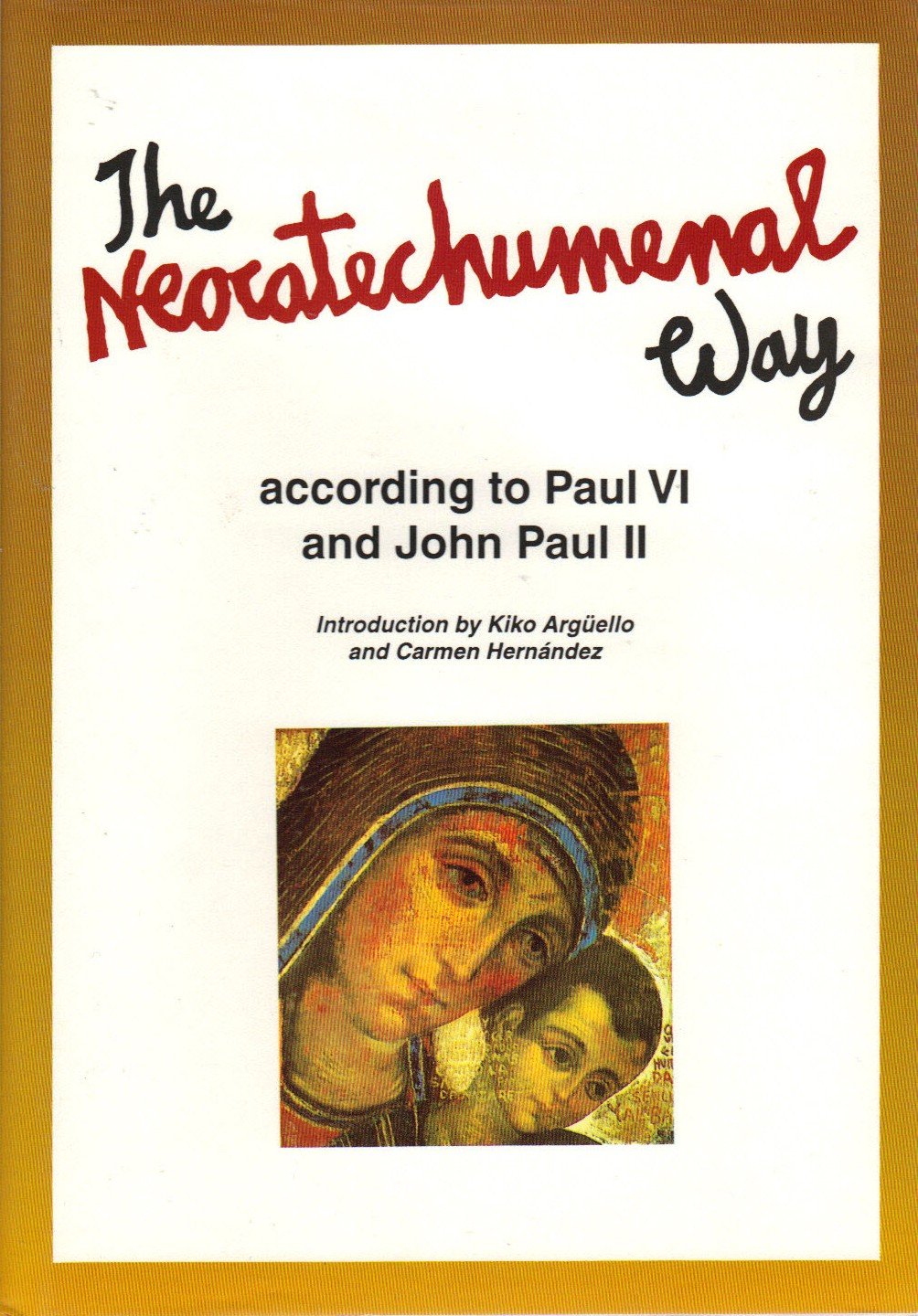 The first issue was published in 500 copies and had only four pages. It was sent in envelopes to all known believers abroad. It is interesting that the second issue, which was released in April 1928, published a picture and a short biography of Blessed Osanna of Kotor.

However, various problems arose shortly after. A complaint was sent by Albanian believers from Skopje, who demanded that magazine has something written in their mother tongue. Although this problem was almost impossible to solve at the time, a poem was published in the Albanian language. The fact that Latin script was very poorly known among adults, especially among the young in the southern regions, posed a problem as well. However, the good will and sublime objectives found a solution, as always. In the spirit of these principles, a significant number of articles in Cyrillic script started being published in “Blagovest”.

According to regulations of the Serbian Concordat and the requirement of both the Holy See and the state authorities, Bishop Gnidovec moved the bishop’s residence from Prizren to Skopje in 1934. However, the Jesuits then left this city. As one of the humblest magazines among numerous religious journals in former Yugoslavia, “Blagovest” was therefore to be discontinued. However, at the request of Bishop Gnidovec, the new chaplain of Skopje and diaspora Alojz Turk, took over the editorial board of the journal and began to take care of its publishing. Other priests from Diocese of Skopje were included in the editorial council, especially Msgr. Kordin, director of a small seminary in Prizren, Branko Dorčić and Janjevo-based parish priest Viktor Zakrajšek.

They expanded the contents of magazine as well, as “Blagovest” had many tasks ahead. In fact, the believers who lived in non-Catholic environment, and who were away from their spiritual centers were supposed to be taught by “Blagovest” about new circumstances that they were not used to. It was supposed to strengthen and teach them about the most important truths of faith, and at the same time direct them towards the brotherly relationship with those who were full of prejudice towards Catholics and Catholicism, and to provide the believers with all important information. Thus, the work on mutual understanding and rapprochement slowly began.

The average monthly print run reached 2500 copies. Printing was done manually in printing house “Dimitrijević” at the beginning and later in Bitolj.

Although the establishment of magazine was followed by numerous problems, the situation changed for the better over time. The interest in “Blagovest” grew, and therefore the number of subscribers. The number of interested readers from other parts of the country increased as well.

Otherwise, at the time, until the beginning of the World War II, the Archdiocese of Belgrade printed and published prayer books, hymnals, catechetical instructions and calendars, and this activity continued in the post-war period as well. In 1935, the Archdiocese issued schematism entitled: Shematismuscleri Archidioceseos Beogradensis et Semendriensis, and a weekly “St. Raphaelsblatt” for Catholics of German nationality in Belgrade.

As soon as the war started, editor of “Blagovest” Rev. Turk had to go to the front as a mobilized military priest. The April issue, which had just been delivered from the printing office burned in the building of the Diocese that was hit and destroyed on 6 April 1941. A while later, during the Bulgarian occupation, the publishing of “Blagovest” was prohibited and it certainly would have been impossible as most believers had to leave Macedonia.

Soon after the war, the renewal of magazine began. However, the Skopje-based printing houses were overbooked as it was necessary to lay the foundations of new Macedonian literary language. Therefore, the first post-war number of “Blagovest” was issued in Niš, in March 1946. The then editorial council consisted of Alojz Turk as a chief editor and Msgr. Viktor Zakrajšek, Dr. Janez Jenko and Dr. Milorad Avramović as members. Four issues were printed in Niš. The opening statement for the revived “Blagovest” was written under title “Iza ratne stanke” by Skopje Bishop Dr. Smiljan Čekada. It is an interesting fact that, at that time, in order to calm the tensions and improve the cooperation and rapprochement, the majority of articles were printed in Cyrillic script.

During 1946, “Blagovest” definitely moved to Belgrade and the editing was taken over by the Archdiocese consultor Dr. Janez Jenko until his appointment as the apostolic administrator of the Slovenian coast.

During postwar period, this magazine continued to play a very important role in informing and educating Catholics in the country, especially as it was the only religious, monthly magazine of general character in Yugoslavia for years. This time the editorial board of “Blagovest” began to publish the first catechism and prayer books in several languages: in Serbian (in Cyrillic), Croatian, Slovenian and Macedonian.

They were searching for a way how to better nourish the church singing, so the Congregation of the Mission issued a songbook in memory of 1100 year anniversary of the arrival of St. Cyril and Methodius (863-1963). The editorial office of “Blagovest” published the same songbook under same title “Blagovest” in 1972. In addition to the songs in Croatian and Slovenian for liturgical year and folk devotions, this songbook contained a brief prayer book too.

After departure of Dr. Janez Jenko, the then Archbishop of Belgrade Msgr. Alojz Turk took over work and chief editor position of this magazine. Blagovest” continued to evolve, but in December 1984, prior to his departure from Belgrade, the Archbishop Turk announced the termination of its issuing.

The then Archbishop Msgr. Franc Perko and several other priests reached a decision to give the magazine back to the believers. Starting from then, its editors in chief were: Dr. Marko Čolić, Father Zvonko Blaško, Friar Leopold Rochmes and Reverend Stjepan Barišić. New editors and young, new forces brought “Blagovest” back to the sources and it once again became the magazine of the Archdiocese of Belgrade, the bridge that connects the parishes, reaches all believers and brings them news from the local Church, teaches them true faith and informs them about the events related to Church in the world. It addresses the young, children, it is open to various new movements within the Church, pays great attention to ecumenism and welcomes all, who are in any way present in the framework of our coexistence, with open arms.

In 2002, the archbishop of Milan, Cardinal Carlo Maria Martini blessed the Catholic media center where the magazine “Blagovest” is edited today and where different brochures, posters and a variety of booklets are prepared. In 2004, Archbishop of Belgrade Msgr. Hočevar, who since his arrival in Belgrade in 2000 provided great support to the development of this magazine, started the publication of a new edition of books “The Third Millennium”. A book entitled “Ne postoje dva Hrista”, that contains very inspiring lectures by Cardinal Walter Kasper, was released as the first one in the series.

Today, magazine “Blagovest” tends to be more adapted to new media laws. Our magazine is aware of the importance of media in today’s society and therefore the media has to be imbued with Christ’s spirit, the God’s spirit in some way.

“Blagovest” is your magazine,
so that each and every one of you, the believers,
may become “the annunciator of the Balkans” through it.