O mio babbino caro' ('Oh my dear papa') is a soprano aria from the opera Gianni Schicchi (1918) by Giacomo Puccini to a libretto by Giovacchino Forzano. It is sung by Lauretta after tensions between her father Schicchi and the family of Rinuccio, the boy she loves, have reached a breaking point that threatens to separate her from Rinuccio. Giacomo Antonio Domenico Michele Secondo Maria Puccini (1858-1924)'O mio babbino caro', Aria (soprano) from the opera 'Gianni Schicchi' (1918)O mio babbino c.

With Glyndebourne’s 2017 cinema season fast approaching, we share some of our favourites moments when opera has stolen the scene in the movies. 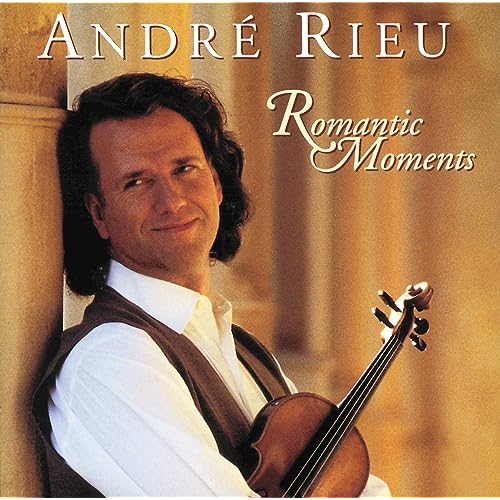 Opera is a genre of excess. Emotions are heightened, passions intensified, settings more exotic, characters larger than life. In many ways it’s a natural partner for Hollywood, and more than one director has turned to opera to help amp up the dramatic volume.

Opera has made some memorable cinematic cameos, whether in thrillers The Talented Mr. Ripley or The Sum of All Fears, comedies like The Intouchables or dramas The Departed, Citizen Kane and The Fifth Element. But directors should beware; opera can easily turn a supporting role into a starring turn, and over the years has stolen the scene from everyone from Tom Cruise to Glenn Close.

Here are just ten of our favourite scene-stealing moments at the movies. Nobody puts opera in the corner. 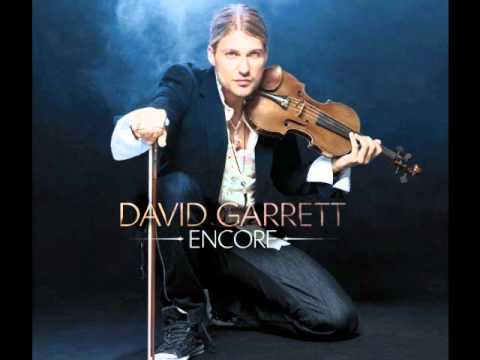 It would take a particularly stony heart not to be swept away by the romance of the scene in 1990’s classic Pretty Woman where Richard Gere takes Julia Roberts’ LA call-girl Vivian to the opera. After episodes at the polo and a posh restaurant we’re all poised for comedy, but then Roberts enters in that dress and Verdi’s generous, emotive music starts, and all comic bets are off.

The parallels between Verdi’s heroine – courtesan Violetta – and Vivian herself add a whole new layer of dramatic friction to a heartbreaking score that teaches us that bad girls can never really get their man. Or can they? As the film ends and Violetta’s glorious aria ‘Amami Alfredo’ (Love Me Alfredo) returns in the soundtrack we hear hope for a story with a different ending – an age-old plot rewritten for a different century.

Walter Matthau plays Miles, a disgruntled former CIA agent in this zany 1980 Cold War comedy. Determined to expose the agency’s dark side in a tell-all memoir, he must stay one step ahead of his former colleagues as they try to stop him – by any means necessary.

Anyone who doubted Miles’s victory in this game of cat-and- mouse obviously wasn’t paying close enough attention to the soundtrack. As he hopscotches his way across Europe Matthau enjoys a little driving music – Figaro’s aria ‘Largo al factotum’ from Rossini’s Il barbiere di Siviglia (The Barber of Seville). Matthau’s opera-karaoke may be diabolical (excelled only by Nicholas Cage’s rendition of Rigoletto’s ‘La Donnee mobile’ in the opening credit-sequence of The Family Man), but no one who knows Figaro’s wily intelligence, his ability to get out of even the tightest scrap, could doubt the outcome of this particular chase.

This ten-minute sequence is one of cinema’s most lavish homages to opera – a scene whose tense will-he-or-won’t- he drama is every bit the equal of the music from Puccini’s Turandot that provides the soundtrack. It’s also a fascinating behind-the-scenes glimpse at the inner workings of an opera house – in this case the magnificent Vienna State Opera.

Tom Cruise’s Ethan Hunt is in pursuit of his usual brand of international criminal masterminds. He follows them to the Vienna State Opera where he believes that they are conspiring to assassinate the Austrian Chancellor. With a little help from Simon Pegg’s laconic Benjie Lane and plenty of implausibly athletic feats, Hunt manages to see off not one but three would-be assassins, including a particularly opera-savvy one whose shot is timed precisely to the climactic final Top A of the tenor’s showpiece aria ‘Nessun Dorma’ (though if she was a real expert the Top B just beforehand might have been a better bet).

Puccini’s aria is one of opera’s greatest hits – a triumphant musical shout of confidence in which Prince Calaf vows to be the one to vanquish the princess Turandot’s three riddles and win her hand. Cruise might be the ultimate action-hero, but when it comes to sheer bravado, Calaf leaves him in the dust.

Opera is a wonderful tool for filmmakers who want to add drama or intensity to a scene – a musical shorthand for emotion and high-drama. But just occasionally it can also help bring the comedy, as in this brilliant scene from Mr Bean’s Holiday. Puccini’s ‘O Mio Babbino Caro’ might be cinematically synonymous with the romance of A Room with a View, but here the aria gets a comic makeover courtesy of Rowan Atkinson at his most rubber-faced.

A lost wallet and a sequence of accidents forces Mr Bean and his young companion Stepan to beg for money at a market. Bean hijacks a CD-player and some props, and gives an impassioned lip-synching performance Puccini’s aria. Ignoring the meaning of the words altogether (Lauretta originally sings it to persuade her father to allow her to marry her penniless lover Rinuccio, threatening to throw herself in the Arno river if he refuses), Bean demonstrates the universal language of opera, transforming the aria into a mother’s song of grief over her dead son. It’s brilliantly funny, but also a brilliantly astute comment on opera’s popular association with tragedy and over-the-top emotion.

Opera gets into emotional places other music just doesn’t reach. Nowhere is that demonstrated more clearly than in the Academy Award-winning Philadelphia. Tom Hanks stars as AIDS-suffering lawyer Andrew Beckett. Hounded out of his firm when his colleagues learn about his disease, he fights their prejudice in court with Denzel Washington as his representative.

In a brave and unusual scene, the two meet to discuss the case. Beckett is playing Umberto Giordano’s Andrea Chénier in the background. ‘Do you like opera?’, he asks a non-plussed Miller. Beckett then proceeds to talk Miller through ‘La Mamma Morta’, turning him from scepticism to sympathy as he draws him into the drama of the music. In the aria Maddalena sings about her childhood, her memories of her mother’s death at the hands of a mob during the French Revolution, and her own subsequent attempts to survive.

Thanks to Beckett’s intuitive ear we hear the music as never before, our attention drawn now to a single cello, now to a change of key. It’s musical analysis, but not like your lecturers even taught it. More’s the pity.

Sentenced to life imprisonment for a murder he didn’t commit, banker Andy Dufresne must find a way to survive in prison, to find a little civilisation among the ugliness and cruelty. While working in the library one day he comes across a recording of Mozart’s Le nozze di Figaro (The Marriage of Figaro), and risks punishment in order to play Susanna and the Countess’s exquisite duet ‘Sull’aria’ (A Song on the Breeze) over the tannoy to the entire prison population.

It’s an unexpected moment of beauty and stillness, and gives Mozart’s duet, in which two women scheme to trick the Countess’s cheating husband, a very different spin. The visual of the prison yard, prisoners standing in their jumpsuits, rooted to the spot, set against the two soaring voices, dovetailing in and out of another like swallows, says more about the true nature of freedom than any other moment in the film.

Sofia Coppola’s Marie Antoinette may be famous for its thumping rock and pop soundtrack, but a bit of opera still sneaks in, and what a bit. One of Rameau’s most beautiful arias – among the loveliest in all French opera – ‘Tristes apprêts’ (Sad Endings) is sung by princess Telaire after the death of her lover Castor in battle. The melody tumbles gently down like tears spilling over, and a single solo bassoon, crooning high in its register, offers gentle consolation and comfort.

It’s a rare moment in the film where the vapid, superficial queen reveals her more contemplative side, listening raptly to the performance with the intensity of a woman who has no right to choose her own lover, let alone mourn him.

Context is everything when it comes to music, and this inspired scene from Pixar’s 2009 animated classic Upgoes against the operatic grain with deliciously funny results. Carl, an elderly and curmudgeonly widower, lives a lonely, joyless life until he meets Russell, a young boy scout, who takes him on a wild adventure. 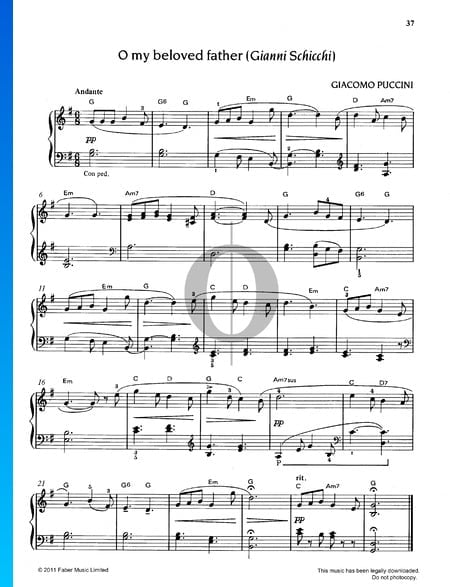 But before all that we get a glimpse into Carl’s daily routine. A long, wordless sequence shows him descending on his stairlift before eating a solitary breakfast and then dusting his knick-knacks and tidying his house. So far so predictable (and so dull), but when you set all of that gloomy mundanity to the soundtrack of Carmen’s sensual Habanera, with its provocative rhythms and raw musical sexuality, and you have something quite different. The friction between the two worlds is gloriously subversive and naughty, and there’s enormous pleasure to be had watching Carl’s arthritic doings while the music describes a lover who is a wild bird that cannot be tamed. 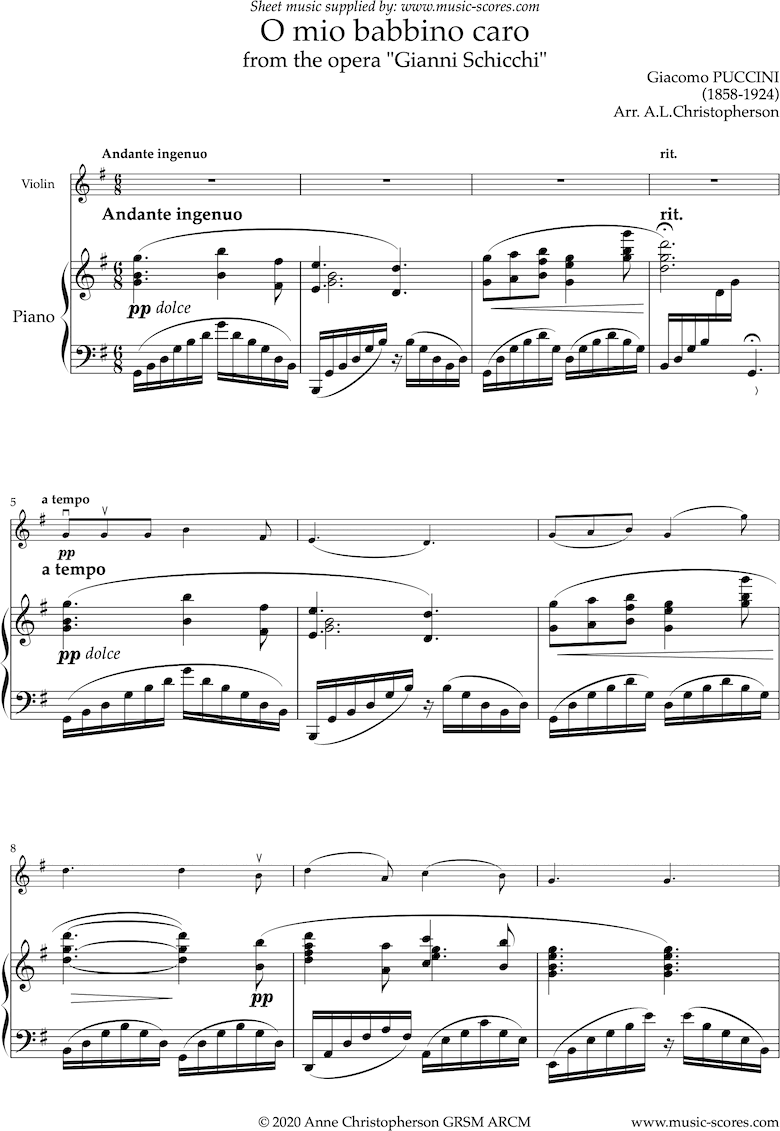 When Michael Douglas first confesses to Glenn Close’s character that his favourite opera is Madama Butterflyshe should have run a mile. Amping up the volume as she cooks her lover dinner, Close instead revels in the climactic pain and anguish of Puccini’s heroine, expressed in the overwhelming music she sings just before her death.

But just as the opera’s dashing American hero Pinkerton seduces and abandons Butterfly, so Douglas’s Dan Gallagher toys with Alex, intending it to be nothing more than a passing fling. Alex has other ideas, and the film’s dark conclusion unfolds as she refuses to follow the obedient path of her operatic double, who kills herself to avoid bringing shame upon herself and her unfaithful lover.

Echoes of Madama Butterfly are woven right through the film, from sly musical quotations embedded in Maurice Jarre’s soundtrack to the Japanese-themed party at which Alex and Dan first meet, to Alex’s peace-offering of tickets to see the opera at the Met. Even the film’s original ending mirrored the opera. But suicide tested badly with audiences, and the film’s memorably violent alternative conclusion was born.

Is there a more romantic first kiss in cinema than that between Lucy Honeychurch and George Emerson in Merchant Ivory’s A Room With A View? Waist-deep in poppy fields on a sunny hillside just outside Florence, the two meet and, without exchanging a word, set aside Edwardian propriety and engage in a kiss of truly cinematic intensity.

The visual backdrop alone sets the tone for romance, but with Puccini’s outrageously beautiful ‘Chi il bel sogno di Doretta’ (Doretta’s beautiful dream) from La Rondine also setting the mood, the effect is overwhelming. The aria tells how a young girl, kissed one day by a student, is changed forever – woken in that moment to new passions and possibilities. The opera may not be one of Puccini’s best-known, but it’s a score of heartstopping loveliness, featuring some of the composer’s very best tunes, including this one.

Our flagship summer programme of world class opera.
Catch up on the latest news from Glyndebourne, discover more…
Our online shop offers a great selection of exclusive and locally sourced products. Every purchase supports our work. 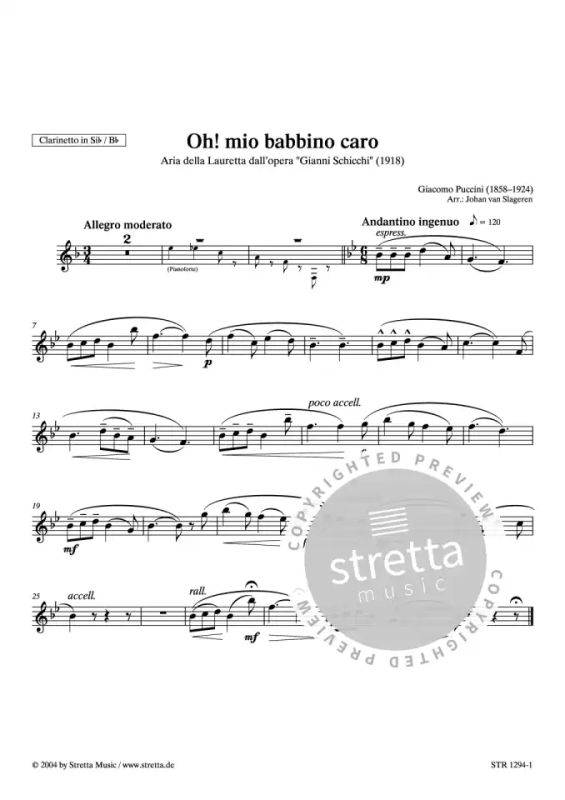 Enjoy priority booking for the Festival. Find out how you can join as an Associate Member
To stay at the forefront of theatre technology, we need your help. Set the spotlight back on our stage by supporting this vital upgrade.