Dec 15, 2016 The term opera buffa is used very loosely. It is a general distinction for Italian operas of the middle- and late-18th century that don’t come under the heading of opera seria. In an opera buffa production, it doesn’t mean the audience is laughing in the aisles in every scene.

Da Ponte categorized the libretto of Don Giovanni as a “dramma giocoso,” a common abbreviation for the term “dramma giocoso per musica,” meaning, more or less, “a serious opera with jokes,” sometime including supernatural elements and farce as well. It was a fairly common genre in the middle of the 18th century, a hybridized subset of opera buffa. But only three works with that designation are still performed regularly today: Rossini’s La Cenerentola, and Mozart’s Don Giovanni and Così fan tutte. And for both of the Mozart operas, the composer classified them simply as “opera buffa” instead of “dramma giocoso.”
Are the differences between the two designations significant? Perhaps. As early as 1783, Mozart had been itching to write a “real” Italian opera for Vienna, but with three significant female roles instead of the traditional two; one thoroughly serious, one both serious and comic but equal in vocal and musical quality to the first (a mezzo carattere role, in opera jargon), and one completely buffa. Even though Figaro was an Italian opera, it didn’t meet this criteria. What’s more, the story for Figaro was French in origin, so it couldn’t really be considered “true” Italian opera. And in Così there are only two principal female roles. So it seemed that Mozart regarded Don Giovanni as somewhat special and distinct from his other buffa operas—it was the one opera in which he was able to demonstrate the “true” Italian style to the Viennese.

Much of this distinction has to do with the balance and placing of the serious elements within the drama. Rather than Don Giovanni being a serious opera “with jokes,” as the common definition of dramma giocoso suggests, it is more like a wholehearted comedy sprinkled with tragic incidents. It is not strictly buffa, only mostly buffa (or at least more buffa then seria). The death of the Commendatore at the start of the opera, for example, or Leporello’s unpleasant task of explaining to Donna Elvira her predicament a little later, are both serious scenes, but they are treated with strong comedic touches. (When the Commendatore is killed, for example, Leporello immediately cries out to Figaro, “Is it you or the old guy that died?”) Farce follows directly after tragedy, rather than the other way around. This creates an inverted narrative in which the audience is not sidetracked from a tragic story by the comedic touches, but is rather taken on a comedic journey in which tragedy periodically appears before being instantaneously diverted back into humor. The proportions and placing make all the difference.
The male voice types used in

Don Giovanni are also a marker of dramma giocoso style. Although in Mozart’s singspiels such as The Abduction from the Seraglio and The Magic Flute, the tenor role was a heroic role, in Italian opera seria

it had been traditional to assign the hero’s role to a castrato. (That was still the case with Mozart’s Idomeneo, from 1781.) Through the 1780s, though, the popularity of the castrati on the opera stage was waning, but it had not yet been replaced firmly with the tradition of assigning the serious lead male role to a tenor. Mozart did re-write the castrato role of Idamante in Idomeneo for a tenor when he adapted the opera for Vienna in 1786. But the principal tenor in Don Giovanni for example, is Don Ottavio, a secondary character who is completely ineffectual, and decidedly not heroic.
In both Figaro and Don Giovanni, the lead male role is a baritone, and the tenors play secondary roles. In Così 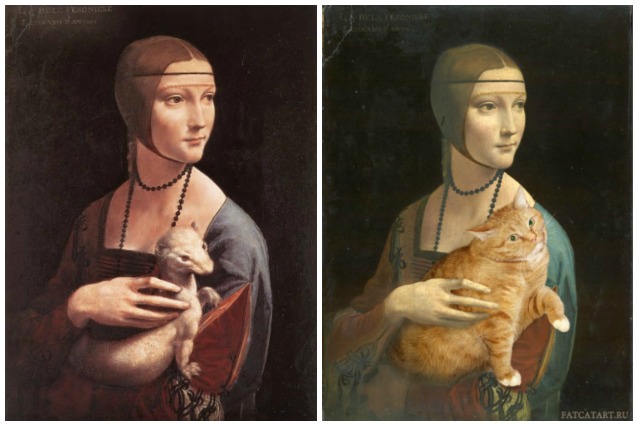 , on the other hand, one could argue that there are no heroic male roles in the opera at all. But that just confirms the general principal that in Mozart’s opera buffa, there are generally no heroic tenors. Looking at what kind of secondary roles the tenors play in these operas makes the distinction between buffa and dramma giocoso even more clear. In Figaro, a true opera buffa, the tenor roles are all comic, but in Don Giovanni, the tenor is neither comic nor heroic (though Don Ottavio would perhaps like to be heroic!). It definitely marks Don Giovanni as a hybrid opera form.

The category of dramma giocoso also implies new ways of thinking about the plot, and the roles of high-born and low-born characters. In most examples of opera seria, low-born characters are peripheral to the stories—they act merely as messengers, functionaries, servants to the royal and aristocratic (or mythological) figures that rule their worlds. In comic opera, on the other hand, from Pergolesi’s La serva padrona and Rousseau’s Le devin du village to Mozart’s Figaro, low-born characters are central to the plot—they drive the story. While most of the characters in Don Giovanni are aristocratic, the peasant couple Masetto and Zerlina, and the Don’s servant Leporello are not incidental to the plot. In the final sextet (usually cut in the late 18th and 19th centuries), lowborn characters make up half of the ensemble, and join with the three remaining aristocrats in a denunciation of Giovanni’s dissolute ways.
To call Don Giovanni a hybrid does not imply in any way that it was a compromise in quality or musical drama. Quite the opposite—for Mozart, hybridizing was a way of synthesizing the most useful and effective traits from different genres, of breaking away from stylized traditions, and of producing a new kind of opera in which the drama and music work together even more powerfully than before.

Rossini’s The Barber of Seville

Gilbert & Sullivan’s The Pirates of Penzance