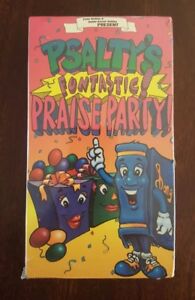 1980 (age 41) Psalty the Singing Songbook is the anthropomorphic 'big blue book' featured in the children's music Kids' Praise! Psalty was created by Debby Kerner & Ernie Rettino, who also plays the characters of Psalty and Psaltina (and many others) on their album appearances. He and the Kids' Praise!

Debby Kerner & Ernie Rettino are American musicians best known as the creators of the characters from the Psalty the Singing Songbook in the Kids' Praise! series of Christian children's musical albums. Together, they have also created Solomon the Supersonic Salamander, and Hi-Tops (a musical for pre-teens and teens).

Kerner started off as a solo Christian singer in 1969. She and Rettino met at Calvary Chapel Costa Mesa in Southern California, where she led worship. They have been making music together since the mid-1970s. They were married in 1976 and named the album they released that year 'More Than Friends'.

In 1979, the duo created a cartoon character for children by the name of Psalty the Singing Songbook. Psalty was introduced in the 'Kids Praise' Series, which was produced by Maranatha Music between 1980 and 1991.

In 2006, Kerner became Director of Worship Leadership at Saddleback Church; she trains and mentors worship leaders and oversees venues at the church's Lake Forest campus. She graduated from Golden Gate Baptist Theological Seminary with the Doctor of Ministry degree in 2010. She is now Dr. Debby Kerner Rettino.[1]

Doer of the Word, Friends album

Maranatha 3: Rejoice in the Lord[edit]

Maranatha 3: Rejoice in the Lord HS-777/5 Features one track by Ernie Rettino:

'Changed Into His Image' by Debby Kerner and Ernie Rettino

Hosanna: Hymns of Praise (A Collection of Traditional Hymns) by Various Artists MM0052A (1979). Features the track:

A New Virgins Adoption, IT'S TIME[edit]

The Best Of Ernie Rettino And Debby Kerner[edit]

A children's musical featuring the introduction of Psalty the singing songbook. 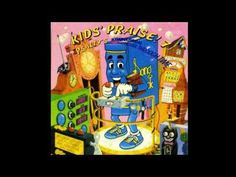 A musical about Joseph.