Perhaps it was mere coincidence that the belated Metropolitan Opera premiere of Roberto Devereux took place on the 413th anniversary of the death of Queen Elizabeth I. One would have thought that the company’s voluminous promotional materials and interviews would have highlighted that fact.

It was fitting, though, that on Thursday evening a soprano should give an incandescent performance, inhabiting the role of Elizabeth as though receiving mystical assistance from across the centuries.

Sondra Radvanovsky has in a sense been the protagonist not just of a handful of operas but of the entire Met season, embarking back in September on a historic quest to sing all three of Donizetti’s Tudor queens. Her first two installments, as the doomed title characters in Anna Bolena and Maria Stuarda, were memorable in their own right, brilliantly sung and compellingly portrayed. Debuting a new role at a major company is no small task, and her Elizabeth Thursday night reached new heights, setting a high bar for all who follow her in years to come.

Roberto Devereux is Elizabeth’s opera in all but name. Her jealousy leads her beloved Robert, Earl of Essex to the block for his abortive rebellion, and though she tries to assign blame elsewhere, it is her signature on the death warrant. Above all, it is the force of her will and the unraveling of her psyche that most fascinate us as observers, and Radvanovsky played these with vigor and pathos.

In his productions of the three Tudor operas, Sir David McVicar seems particularly fascinated by the trajectory of Elizabeth, who appears in Anna Bolena as a three-year-old princess and in Maria Stuarda seems already hobbled by her three decades on the throne. From her very first moments in Roberto Devereux, we see her as a proud monarch who can feel her power slipping away, threatened by the presence of Sara, a beautiful young noblewoman of her court, and pathologically vindictive in her dealings. Wounded by the suppressed affection between Sara and Essex, she condemns her favorite to satisfy her spite.

Her arc finally comes crashing down in the final scene, a harrowing declaration of despair that by its end turns into a quasi-mad scene as the tormented queen sees visions of Essex’s headless ghost and a bloody crown, to the amazed horror of her onlooking courtiers. The depth of Radvanovsky’s dramatic commitment to the scene was tremendous: watching her shamble about the stage, removing her wig anddressing gown, was devastating, and finally she stood shriveled, barely recognizable as the indomitable queen of Act I.

Radvanovsky made a number of vocal choices that some might call ill-advised, such as the interpolated high note that she squeezed out and quickly abandoned at the end of that scene. But these adventures were thrilling even in the attempt, and for the most part her vocal performance was a shining success, showing off gauzy pianissimos and a searing top. The delicious brightness and scathing power of the cabaletta “Ah! ritorna qual ti spero” earned the night’s first and longest ovation.

The most striking thing about Roberto Devereux as a piece is how extraordinarily well balanced it is, thanks in no small part to the libretto by Salvadore Cammarano, who took his cues from François Ancelot. The opera is a star vehicle for Elizabeth, to be sure, but the supporting characters, led by Essex, fill out a leading quartet who are all complex figures in their own right.

As the hapless rebel of the title, Matthew Polenzani was brilliant, bringing urgent passion to every moment of his role. His prison scene, including the tender aria “Come uno spirto angelico,” was heartbreaking, intense and burning one moment, then softly sobbing in the next. He sang with a bright, consistent tone, with rich cream in his upper range, and delivered his aria with such sensitivity that he earned a little indulgence when he lost some steam in the cabaletta. 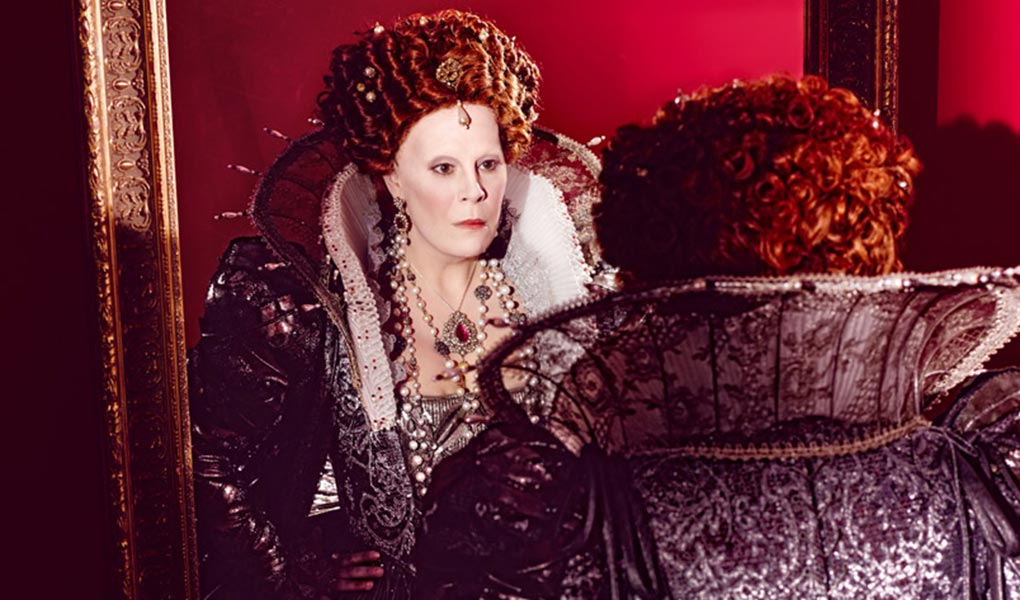 No less formidable was Elina Garanča, a sympathetic figure as Sara, trapped in a marriage she never wanted. She used her beautiful, seamless, dark timbre to superb effect, giving one of her most emotionally charged Met performances to date. One of the highlights of the evening was the clandestine encounter between Sara and Essex, a beautifully acted scene of forbidden love; the vocal lines in their duet “Dacche tornasti, ahi misera!” are lovingly intertwined, and the intense affection that the two actors showed for each other perfectly mirrored the feel of the music.

She gave a compelling picture of her troubled relationship with her husband, the Duke of Nottingham, though that was dulled somewhat by the direction given to Mariusz Kwiecien, whose bouts of jealous rage were here blamed on drink. Uncharacteristically, Kwiecien struggled vocally, often sounding thin and unfocused, though at his best he displayed a wine-dark, smoky tone.

Maurizio Benini, the Met’s standby conductor for all things bel canto, was barely adequate on Thursday. The overture was ragged by the end, and the rest of the score, light in orchestration to begin with, was unimaginative and lethargic in realization, taking a lenient view of the singers’ rubato that allowed them to stretch bars out of proportion. The chorus sang with plenty of power, though without their usual gleam.

The eye for historical detail in McVicar’s staging is even keener than in his other productions of the cycle. Moritz Junge’s handsome costumes take their inspiration from Elizabethan-era portraiture; Essex’s first costume, a flashy black surcoat finished with silver threading over black plate armor (admittedly an odd choice for court dress) is lifted directly from a William Segar portrait.

This is more heavily symbolic than the other productions have been, as well. Always looming behind the set (a clever, sliding black-and-gold room of state with an upper balcony) is an enormous reproduction of the Hampton Court astronomical clock. To the right and left of the main center-stage doors stand recessed statues of Death and Time, likely pulled from an anonymous “Allegorical Portrait” of Elizabeth. The mysterious funeral staged during the overture is only explained when its sarcophagus reappears in the final scene as Elizabeth proclaims her own end. Death, we are to understand, is everywhere, and the Queen is running out of time–a strong central idea, though one presented with a heavy hand.

The combination of a star-studded cast, a Met premiere, and several brilliant performances made for a thrilling atmosphere in the house. Loud ovations followed nearly every number, right up until the roaring final curtain call. Radvanovsky was nearly overcome by the emotion of the moment, and lingered to drink in the rapturous applause. It has been a privilege to watch her in this cycle, at what surely must be the high point of her career thus far. One looks forward to the high points still to come.

Roberto Devereux runs through April 19 at the Metropolitan Opera. metopera.org

The productions are said to be shared with Venice’s La Fenice and Parma’s Teatro Regio. Unknown, at least unannounced is if these additional cities will have the splendid Elizabeth of now 68 year old Mariella Devia.
This incomparable diva sang Liu in Genova at age 64, followed the next year by her debut as Norma in Bologna. Her first Roberto Devereaux Elizabeth occurred in 2014 at Carnegie Hall, a performance that is nearly legendary.
Donizetti begins his opera by exposing the abilities and vulnerabilities of his queen as she threatens a terrible vengeance upon her rival for young Devereux’s love in the vocally daunting “A te svelai tutto il mio core.” Donizetti ends his opera with the emotionally exhausted old queen wreaking her vengeance in “Alma rea! Spietato core!” Finally, at her greatest anguish she abandons her throne to enter her tomb on a sustained high C. You knew it was coming, you gripped your arm rests, and with this great queen you triumphed. Well, maybe the C was a bit truncated. But it was powerful and real.
Mariella Devia’s voice is not ripe, nor is it warm. It is steely and technically sure, and fully subject to the mature musical intellect of a formidable stylist and, yes, it is the voice of a queen. These attributes determined the tenor of the performance. However it remained an opera about an over-aged singer more than an opera about an older queen inappropriately in love with a much younger man. But make no mistake, it was splendid way to spend a bel canto evening.
Sonia Ganassi as Sara, Stefan Pop as Roberto Devereux
Elizabeth’s rival is Sara, to whom she has confided her love of the traitor, Robert Devereux. Young Sara also loves Devereux and he loves her though Elizabeth has forced Sara to marry Nottingham who is Devereux’s best friend. You see that there is a lot to sing about. Sara was sung by esteemed lyric mezzo Sonia Ganassi, like la Devia a highly accomplished mature artist. The condemned Devereux was sung by Romanian tenor Stefan Pop who mostly confused singing with shouting, though he did offer a soft, sensitive and very beautiful “Ed ancor la tremenda porta non si dischiude?” Nottingham was sung by Korean baritone Mansoo Kim whose well applauded performance exhibited mastery of Italian style and technique in a beautiful, wooden, darkly colored tone.†
Principals on stage, Cecil and Gualtiero far left and far right in skirts
Cecil and Gualtiero are characters in the opera who facilitate some dreadful circumstances. They were confusing presences because they wore grand skirts but sang in baritonal voices. A primer on court dress of the 1600’s would have been helpful so we could have understood and maybe appreciated the self conscious exaggerations of the costumes, victims of intensely colored synthetic fabrics, outsized and distorted collar shapes, and naive gender bending. The men of the chorus were costumed in dresses as well.
The stage was minimal, only a platform on which the principals did their thing aided by six mime assistants (the chorus costumed in all black was deployed on the floor around the stage). A huge bird cage descended to be the prison in which Roberto sang his lament (bel canto like a bird singing [groan]). There were two trendy crooked trusses alluding to, surely wishing to reinforce the fact that the agonies were, after all, only theater to be lighted.
Stage director Alfonso Antoniozzi provided lots of swish. To the accompaniment of the overture’s play on “God Save the Queen” Antoniozzi dressed his queen in a huge golden imperial mantle that she would prosaically divest in the final scene, ninja acolytes raising the train to reveal a map of Europe. A singer himself Antoniozzi does in fact understand how to stage arias and numbers knowing that we do not need a lot of meaningless action to get us through ten or twenty minutes of powerful music.†
The pit was in the hands of young Italian conductor Francesco Lancillotto who could not find the breath and phrase of Donizetti’s bel canto, nor a solid, expressive ground for his accompaniments.
Michael Milenski