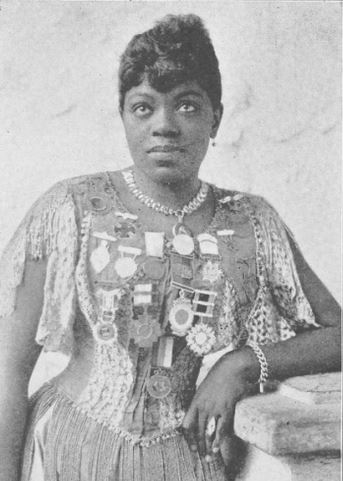 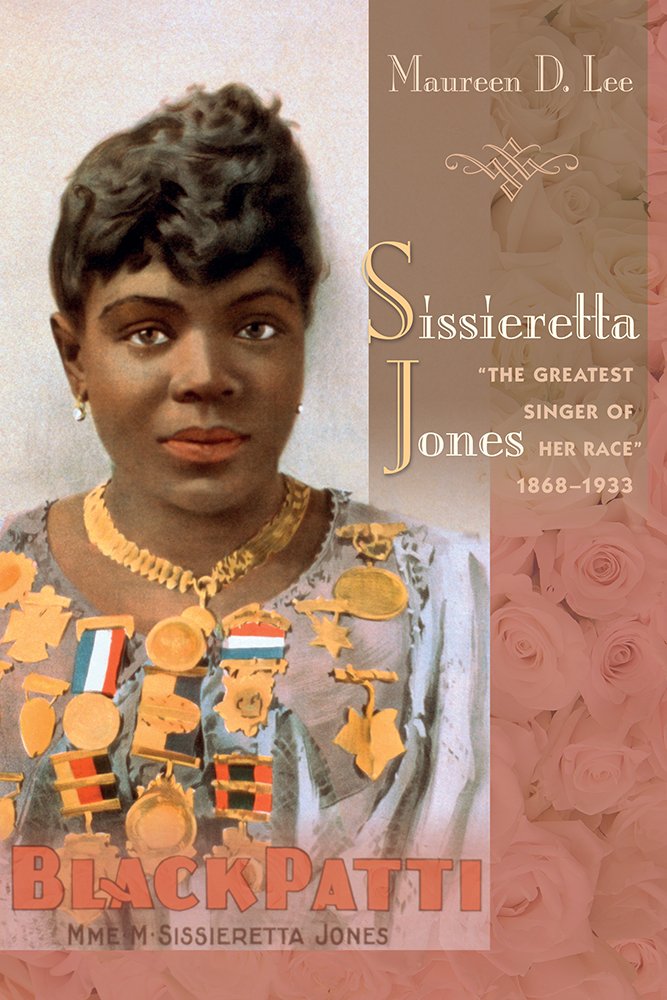 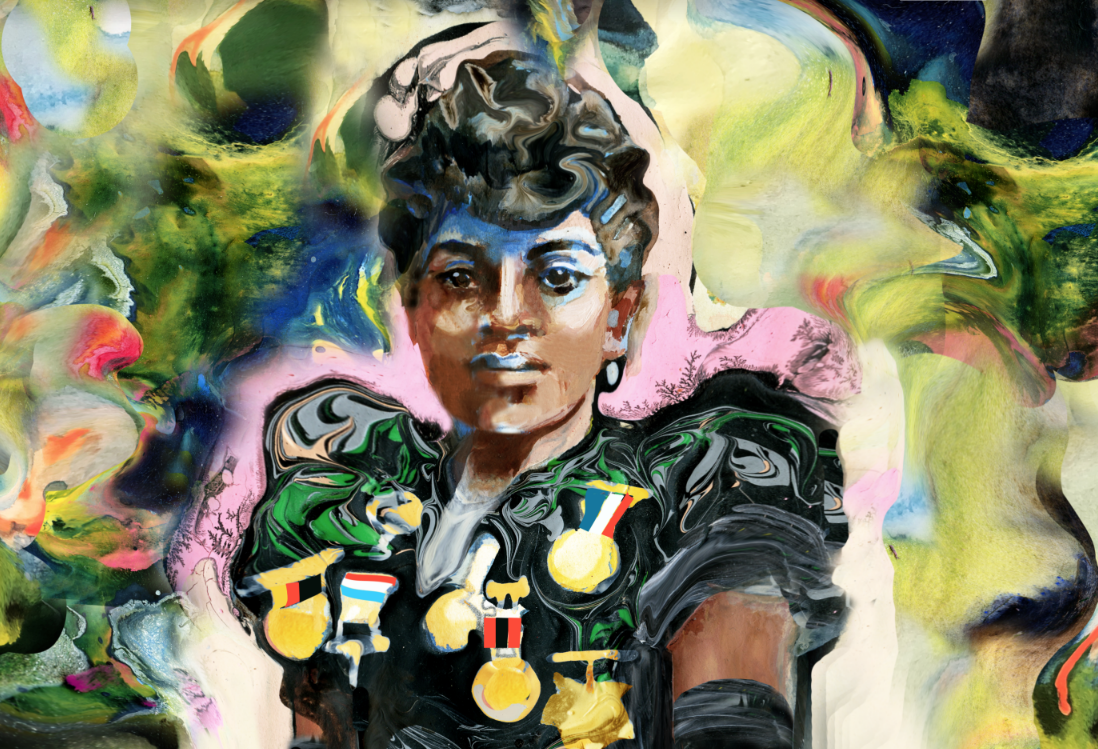 A Gravestone for Sissieretta Jones
The internationally renowned soprano, Sissieretta Jones (1[phone redacted]), a trailblazer for women of color in the world of opera, lies in an unmarked grave at the Grace Church Cemetery in Providence, Rhode Island. As her biographer, I, in conjunction with the Stages of Freedom, a non-profit in Providence, want to change that by raising $6,250 to purchase a headstone to mark her final resting place.
We need your help to make that happen. Our goal is to raise the money by May 5, 2018 so we can have the marble headstone cut, engraved and placed at the cemetery in time to unveil it during a four-day celebration, June 7-10, to commemorate the 150th Anniversary of Sissieretta Jones’s birth.
Few people today know about Sissieretta Jones, yet she was one of the first African Americans to sing at Carnegie Hall and she performed at Madison Square Garden, London’s Covent Garden, and the White House. She had a long and prosperous career as an international singing star at a time when few opportunities were available to African American women and segregation and racial discrimination were the norm.
Sissieretta Jones – Her Story
Matilda Sissieretta Joyner was born in Portsmouth, Virginia, in 1868, three years after the end of the Civil War. In 1876, her family moved to Providence, Rhode Island. She got her start singing in Providence churches. She received vocal training in that city and later in Boston and New York.
At the age of fifteen, she married David Richard Jones. Her first big break came in 1888 when she was hired as the star of an African American troupe that toured throughout the West Indies.
Her career consisted of two parts. The first part, 1[phone redacted], she sang opera selections, concert ballads, and European art songs on the concert stage. The press dubbed her “Black Patti,” a sobriquet likening her to the great European opera star Adelina Patti. She toured in the West Indies, parts of South America and Europe, and extensively throughout the United States and Canada.
During her concert years the young soprano sang at Carnegie Hall four times, sang at the White House for President Benjamin Harrison and his guests, was the star soprano at a 3-day “Grand Negro Jubilee” at New York’s Madison Square Garden, sang at the 1893 World’s Fair in Chicago, and performed at an 1894 concert directed by the famous Czech composer Antonin Dvorák.
The second half of her career, 1[phone redacted], she was the star of an all-black musical comedy troupe called the Black Patti Troubadours (later named the Black Patti Musical Comedy Company). This company, owned and managed by two white men, provided her the opportunity to continue singing operatic arias and serious music when there were fewer lucrative concert opportunities available to her.
Sissieretta, often billed as the “greatest singer of her race,” was the pride of African Americans during her day. She was highly successful, well-paid, and greatly admired for her work. Her concert performances were well attended by both black and white audiences. Her beautiful voice, singing operatic arias rather than minstrel songs, gave white audiences a new appreciation for the talent and potential of African American vocalists.
Unfortunately, no recording of her voice has ever been found, but hundreds of newspaper reviews give testament to the beauty of her voice and her captivating stage presence.
Sissieretta sang her last concert in 1915 at the Lafayette Theatre in Harlem. She spent the rest of her years, until her death in 1933, living in Providence, where she taught social graces to girls of color at tea parties in her home and sang in her church choir. She had to sell her valuables, such as her silver, jewelry and rental properties, to pay for living expenses. One newspaper reported that she even took a job as a cook for a wealthy family. She died quite poor. A friend and benefactor ensured she was buried in Providence’s Grace Church Cemetery next to her mother, rather than in a pauper’s grave. To this day, neither grave has a marker.
We Need Your Help!
You can change that by making a donation to purchase a headstone for Sissieretta’s grave. NO DONATION IS TOO SMALL (OR TOO LARGE)! Please help us with this important project and be part of a wonderful tribute as we celebrate the 150th anniversary of Sissieretta Jones’s birth. Please share this page on your social media sites so we can reach even more potential donors.
How Funds Will be Spent
The funds we seek ($6,250) will cover all costs and fees connected to the gravestone for Matilda Sissieretta Joyner Jones and the unveiling ceremony in June 2018. These costs include purchasing a large marble stone; the engraving of her epitaph; transporting the stone to the historic Grace Church Cemetery; placement in the ground; protective fence; printed program for dedication ceremony; soloist and reception.
If any additional funds are raised during this campaign, those dollars will be used to add an image of Sissieretta on the gravestone and help pay for the costs associated with other Sissieretta Jones birthday celebration events in June– an exhibit, a lecture, a concert and a play.
Who Is Asking for Your Support?
Maureen Lee, author of Sissieretta Jones: “The Greatest Singer of Her Race,” 1[phone redacted] (published 2015, University of South Carolina Press, Columbia, SC.
Stages of Freedom, a registered 501(c)(3) non-profit organization located in Providence, Rhode Island. The organization’s mission is three-fold:
(1) To provide youth of color access to swimming programs in order to reduce the number of drownings in the minority community.
(2) To build community by creating and providing programming about Black Rhode Island life and culture to a wide audience.
(3) To educate and empower inner-city youth by providing cultural opportunities and access to museums and live performance.
Please consider getting involved. Thank you for your support!

Matilda Sissieretta Jones was a star. Her voice was described as “sweet, sympathetic and clear.” And at the height of her fame, as music historian John Graziano writes, “her musical talents were reviewed in every major newspaper in the United States.” Dubbed “the Black Patti,” a nod to the Italian singer Adelina Patti, Jones was. Sissieretta Jones was a world-famous soprano who in June 1892 became the first African American to perform at Carnegie Hall in New York City, New York. Touring internationally in the late 1800s and early 1900s, she sang both classical opera and performed in musical comedies with her own troupe. Sissieretta Jones sang for kings, presidents, and to audiences around the world, becoming the highest paid African-American entertainer of the late 19th century. She headlined at Carnegie Hall and was hailed as one of the greatest sopranos of her time, yet she never performed on the operatic stage.